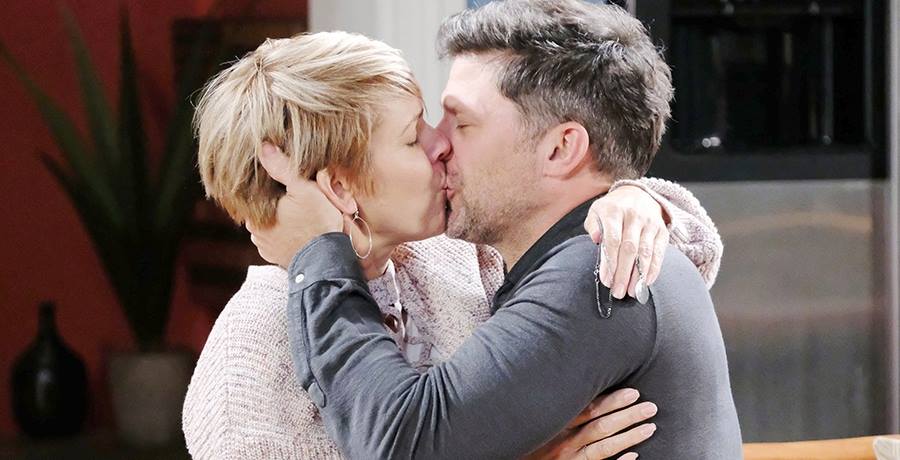 Plus, Ciara Brady (Victoria Konefal) and Ben Weston (Robert Scott Wison) do agree on one thing regarding their divorce on the NBC soap.

Days of Our Lives Spoilers: Sami Dangles A Carrot Over Xander

Days of Our Lives spoilers reveal Sami Brady is not giving up her quest to prove her sister-in-law Nicole Walker cheated on her brother Eric. Sami suspected Nicole slept with Xander a few weeks ago. However, Nicole produced a fake receipt and somewhat stopped Sami. However, Sami isn’t buying Nicole’s lame explanations. She’s determined to out her affair and gets her out of her brother’s life. Meanwhile, Nicole’s also working just as hard to prove Sami’s been cheating on her husband, EJ DiMera (Dan Feuerriegel), with her ex-husband Lucas Horton (Bryan Dattilo).

Days of Our Lives spoilers say Sami Brady figures out a way to get sleazy Xander to turn on Nicole and spill the beans. So she makes the ex Titan CEO an offer he finds extremely hard to refuse. DOOL spoilers say Sami offers Xander a job at DiMera Enterprises that makes the job he has a Basic Black look like he’s working for minimum wage. Of course, Xander is an opportunist and would screw over anyone if it benefited him. Will Sami get the goods on Nicole before Eric returns home to an unfaithful wife?

Days of Our Lives spoilers show Eric Brady finally returns home to Salem after nearly a year away in Africa. Not long after he wed his first love, Nicole, Eric left Salem for what was to be a three-month mission. However, Eric extended his stay twice. Now he’s finally back home and reunited with his not-so-newlywed wife. True to Nicole’s form, she failed to remain faithful. So now, with Eric back home, she’s working extra hard to make sure Eric never learns she bedded down their enemy Xander Kirikais.

Days of Our Lives spoilers say Eric and Nicole plan a last-minute anniversary/welcome home party. Seems like a good idea. However, this is Salem, where no party goes off without a hitch. DOOL spoilers say someone crashes the big day and makes a bold announcement that could alter the course of Eric and Nicole’s future as husband and wife.

Days of Our Lives spoilers reveal there’s one thing Ben and Ciara agree on, and that is they both want Justin Kiriakis (Wally Kurth) as their lawyer. Of course, only one party will be able to have Justin. So Belle Black (Martha Madison) will likely represent the other. Since Ciara’s immediate family disagrees with her decision, Belle likely won’t be representing her sister-in-law.

Days of Our Lives spoilers remind Theo Carver (Cameron Johnson) and Ciara Brady are engaged despite the fact she’s still a married woman. So that leaves Theo Carver in a holding pattern while the Westons battle. DOOL spoilers tease Ciara will remember her love for her husband. Hopefully, before she and Theo wed. However, there might be a wrinkle in Ben and Ciara’s future thanks to Theo that might take a few months to make its presence known on the NBC soap.