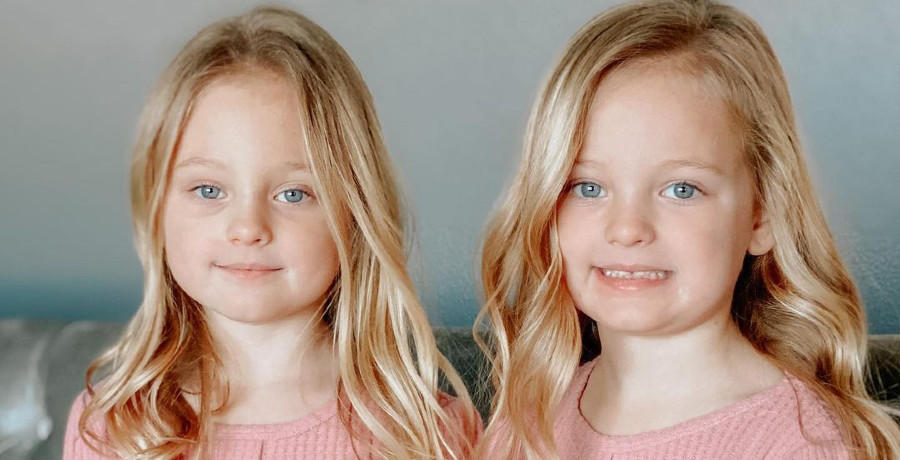 Parents everywhere are often faced with unsolicited advice on how to raise their kids. Multiply that by six kids and MILLIONS of television viewers. Adam and Danielle Busby have six daughters, but their claim to fame is having the first all-girl set of quintuplets in the United States. Such a feat earned them a reality show with TLC. And OutDaughtered fans are not shy about telling the OutDaughtered stars what they are doing wrong. But some fans recently praised the the Busby parents for how they are raising the twins.

The Busby family first gained stardom in 2016. Danielle had just given birth the year before to a record-breaking set of five daughters. The TLC network thought a show about the family would be a hit with viewers, and they were correct. OutDaughtered still tops the ratings after eight seasons.

Both Danielle and Adam Busby are extremely active on social media. They often post photos of the girls, along with their famous ‘Date Night’ photos. As you can imagine, the posts get A LOT of comments. Many just express their love of the family, but the Busbys are also flooded with advice and opinions. For the most part, they just laugh it off. Especially Adam Busby, who sometimes comes under fire for his spending.

Most of the unsolicited advice is regarding the six-year-old quints or their older sister, Blayke. One thing that really divides Busby fans is dressing the girls in identical outfits. Two of the girls – Ava and Olivia, are actually identical twins. And the dressing-the-twins-alike trope is alive and well in the Busby household, times five.

But surprisingly, Adam and Danielle actually received positive comments regarding how they raise the twins. What did the complimentary fans say?

Busby Kids Ava and Olivia are Identical Twins, But Do They Have Differing Personalities?

A favorite game of Adam and Danielle’s Instagram followers is “Guess the twin!” Any time either parent shares a photo with both Olivia and Ava in it, it’s guaranteed at least one person will ask in the comment section which is which. The more devoted fans can easily tell them apart.

Their faces may match, but do their personalities? Each of the quints has their own distinctive personality. There’s the sassy one, the “baby baby” of the family, and the fan-favorite.

Some fans are very much concerned with Ava and Olivia possibly sharing the same personality as they get older. But the Busbys have a solution for that.

It can be difficult to find the time to bond with ONE child, imagine trying to form separate bonds with SIX children. Somehow, the Busbys make it work. They often split their daughters up in order to lavish one-on-one attention. They also have the girls split up so they can develop their individuality.

Summertime means vacations at the grandparents’ house! Danielle and Adam Busby took the whole family to Lake Charles, Louisiana, last month to spend time with Adam’s parents. When it was time to go home, Blayke and Hazel stayed behind for some time with their grandparents.

And now it’s Ava and Riley’s turn. Danielle posted a selfie on her Instagram with the two when she was dropping them off at “Nana and Papa’s.”

One fan took to the comments to praise Adam and Danielle for letting the twins do their own thing. “I really love how you separate Ava and Olivia,” the fan wrote. “I believe that twins should be their own individual people,” they added.

Another fan co-signed the first fan’s comment. “Was going to say the same thing,” they replied.

Do you agree that Ava and Olivia should be split up sometimes? Share your thoughts in the comments below.

Bookmark Tv Shows Ace so you don’t miss any updates on the Busby family.