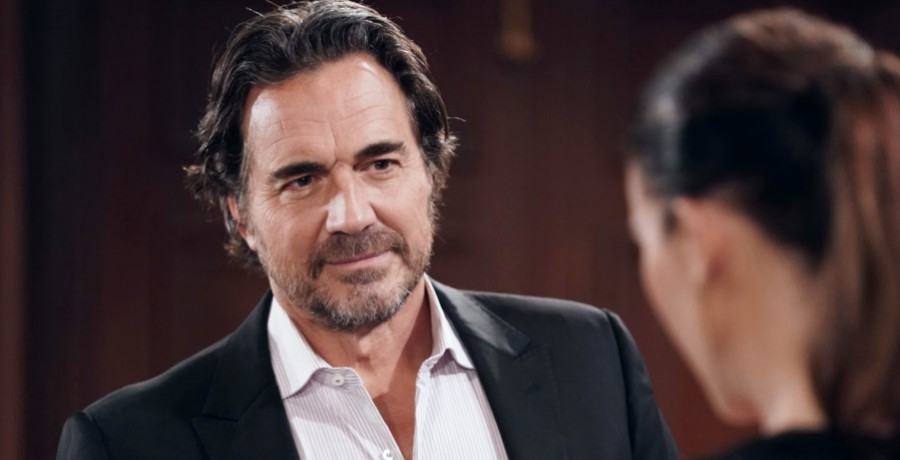 Huge Bold and Beautiful spoiler ahead! Thorsten Kaye is set to leave the CBS soap. The actor who currently plays Ridge Forrester on the fashionable daytime drama will be making his exit. But don’t worry; it’s not until next year and it’s only temporary. He wants to take a break to focus on his family.

That means fans will be seeing less of Ridge. It looks like his coveted role won’t get recast. Not as of yet. Kaye opened up about his planned break in a new interview. This will come as a shock to fans who look forward to seeing the hot German-British export on their screen.

In a new interview with Belgian outlet HLN, Thorsten Kaye dropped a major spoiler. He revealed that his character Ridge Forrester will be written off The Bold and the Beautiful. That’s because the actor is planning a break next year. The set of the soap will look a lot different since Ridge is always around and is involved with most of the storylines.

The longtime soap star wants to take a break. He will only be off the show for a few months so he can take a “small world trip” with his wife, Susan Haskell, and their two daughters, McKenna, 17, and Marlowe, 14. Kaye first took over the role from actor Ron Moss in 2013. He had to fly back and forth from his home on the East coast to the B&B studio in Los Angeles.

Kaye made it clear that his family is important to him. Since he spends most of his time on set, he feels that he’s missing out on quality time. So, the hunky actor wants to make that trip as soon as possible. He’s hoping that it will take place within the next year or so.

“I have already agreed with my boss [B&B Executive Producer Brad Bell] that next year or the year after that he should write me out of the story for a few months,” Kaye explained, as translated by Soap Central.

The All My Children alum said that he and his family are “really looking forward” to this time together. They want to go on a world tour now that the pandemic is winding down. One of their stops will take place at his birthplace of Frankfurt, Germany.

B&B star admits he was nervous about replacing Ron Moss

Thorsten Kaye also talks about replacing Ron Moss in the iconic role. He initially felt nervous since he was filling some pretty big shoes. Those nerves got the best of him. When Kaye signed the contract with the program he didn’t realize that he scored the role of Ridge Forrester.

“I must say that I broke into a sweat when I heard the role I had signed for,” he explained. “My wife pointed out to me… When Sean Connery gave up as James Bond, everyone thought that secret agent 007 was over. Then came Roger Moore, and other actors after him. And James Bond still attracts many people to the cinema.”

Ridge’s disappearance will surely play out on the show. His wife Brooke Logan Forrester (Katherine Kelly Lang) will probably end up back in Bill Spencer Jr’s (Don Diamont) arms in no time. As the fans know, couples don’t stay together and the characters don’t stay single for long. Check back with TV Shows Ace for more news on Thorsten Kaye’s break from The Bold & the Beautiful.

What are your thoughts on Thorsten Kaye taking a break from B&B? Are you shocked? Sound off below in the comments.