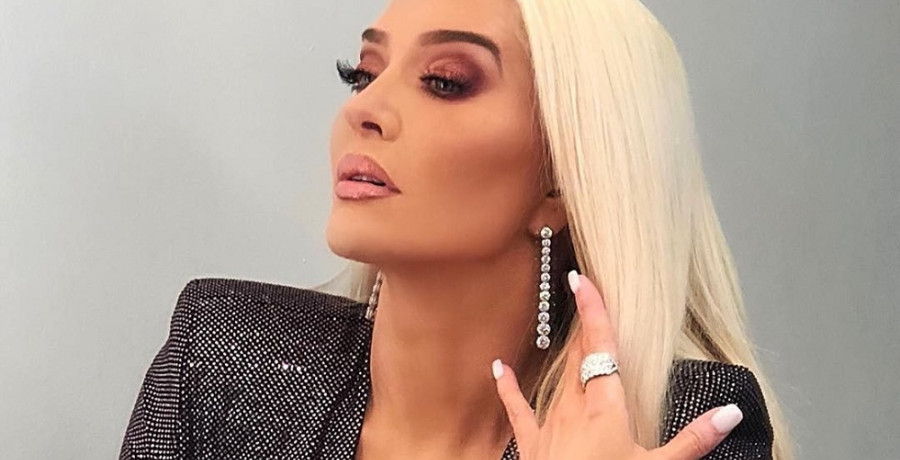 Erika Jayne has been under enormous scrutiny lately. She’s still living a luxury life amid her embezzlement case. Critics claim her divorce from Thomas Girardi is a sham. In November 2020, Erika shocked RHOBH fans when she filed for divorce from her estranged husband.

Months later, more news came out about their divorce. Suddenly, Thomas was involved in many lawsuits. Erika found herself tied to them, including one about the couple allegedly embezzling money from the victims of a plane crash. She’s gotten more heat on social media for her behavior on and off the reality show, but she claims that she can take it.

On Wednesday, July 7, Erika Jayne posted another reaction GIF on Twitter. This comes after she received backlash for sharing one before. RHOBH fans think she should keep her mouth shut amid the ongoing embezzlement case. Before the new episode, Erika posted a GIF of herself saying, “The Ice Queen Can Take It.”

Erika has kept quiet on Instagram, for the most part. She slowed down the sultry lingerie photos and the glamour shots. Instead, she shares fan art and memes. However, she posted the GIF on both Twitter and Instagram. With that, she was met with twice the backlash.

Over on Twitter, RHOBH fans asked Erika about her lavish lifestyle. Others felt that she should at least be empathetic towards the victims. It wasn’t all hate though. Some fans defended Erika, arguing that people shouldn’t be so hard on her since they don’t know the full story. One called her “a strong woman,” while others shared their support.

The comments were just as mixed on Instagram. Jack Ketsoyan offered his support with a series of red heart emojis. One fan said that the one thing they learned from Erika is to never marry a sugar daddy. Others thought Erika’s social media post was in poor taste due to the recent findings on where her money came from.

Erika Jayne showed her support for Bravo fan Meghan McCain, who is leaving The View. On Thursday, July 1, she took to Twitter to write: “Love you @MeghanMcCain Im [sic] excited for what comes next!!!” One fan took notice of the tweet and added: “Read the motherf***ing room.” They also included a GIF of The Real Housewives of Atlanta alum NeNe Leakes saying the iconic line, “Go home wig. Goodbye wig. Go away. Bye Wig.”

Erika shared the tweet along with the message: “This is MY motherf***ing room. Show yourself out.” She’s trying to get the haters out of her mentions. That response led some to accuse her of knowing about Tom’s wrongdoings. Erika is expected to share her side of the story in this season of The Real Housewives of Beverly Hills.