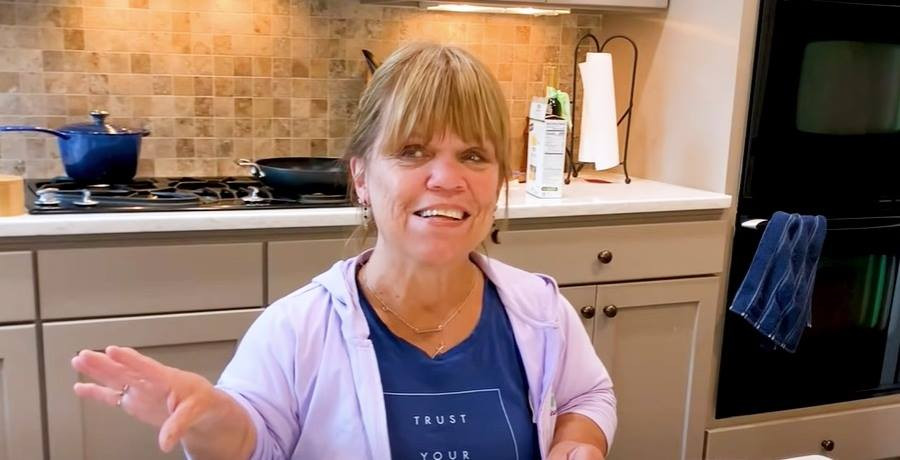 Amy Roloff finally shared her Fourth of July plans. LPBW fans have been wondering what she was up to during the holiday weekend. On Tuesday, July 6, the TLC star took to social media to share a photo update with her fans. She revealed that she wasn’t totally alone for the holiday.

Amy didn’t hang out with any of her famous family members. Fans wanted to know why she didn’t post anything about July 4th. Thankfully, Amy wasn’t totally alone. She revealed who she ended up spending the holiday with. Read on to learn more and to check out the photo for yourself.

On Tuesday, Amy Roloff posted a series of photos on Instagram. In the first photo, she wore a navy blue floral print dress as she posed with her fiance Chris Marek. In the next photo, the couple was joined by their friends. The third photo featured a photo of Amy and Chris one with one of their friends.

Amy wasn’t alone as previously assumed. She took to the Instagram post to reveal what she was doing this Fourth of July weekend. “Date Night on the Friday before the 4th 🇺🇸♥️🤍💙,” she wrote in the caption. “Love hanging out with this man. 🥰 Went to hear music from one of our favorite bands and met up with friends Rick and Veronica, Dan and Mitch (in the band). The day and night started out perfectly and ended up fantastic. Love you, babe. 😘 🇺🇸♥️🤍💙”

The television personality expressed her love for her fiance in the Instagram post. She also teased that they are currently planning their wedding. The couple plans to get married this year. Amy uses the social media app to share updates on their relationship.

Fans love seeing the couple together. They’re glad to see that the two are still going strong. As you can tell, they look happy and in love. It’s safe to say that these two crazy kids are still wild for one another.

LPBW fans are tired of her on-screen behavior

Most fans took to the post to talk about her behavior in the current season of Little People Big World. Most agree that Amy Roloff should treat her ex-husband Matt Roloff better – especially since Chris wants to be friends with him. However, they’re glad that she’s still happy with Chris despite the troubles with her previous marriage. Here are just some of the comments:

Meanwhile, some fans are counting down to their wedding. One noted that there are seven weeks to go. Amy and Chris’s wedding will air in the new season of LPBW. Stay tuned to TV Shows Ace for more news on Amy Roloff.