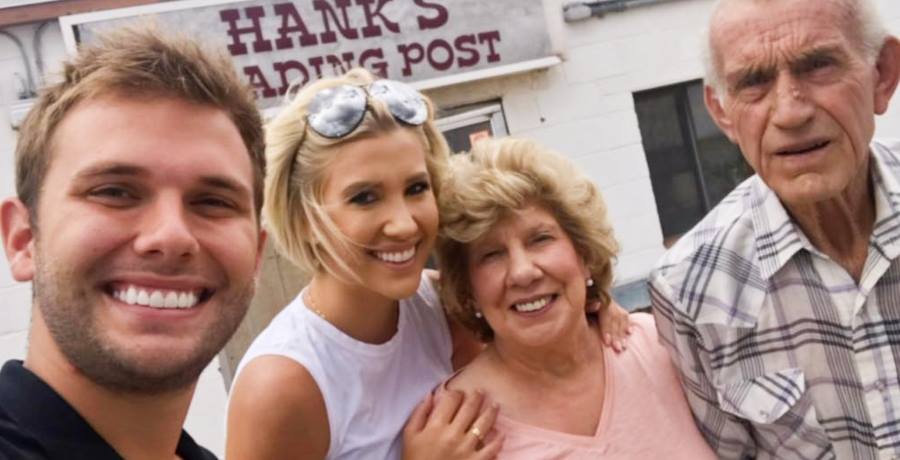 Savannah Chrisley had a rather somber update on her Instagram Stories as she mourns the heartbreaking death of someone close to her heart. Now, before you panic. No, no one in the Chrisley family has passed away. Nanny Faye and Francis — as well as the rest of the Chrisley family — are fine.

According to Savannah Chrisley, it was a former boyfriend of hers that passed away. While Chrisley Knows Best fans can take comfort in knowing Francis, Nanny Faye, and the rest of Savannah’s family are alive and well… That doesn’t make this saddening news about Savannah losing someone dear to her heart any easier to report.

According to E! News, 23-year-old actor, Daniel Mickelson passed away over the 4th of July weekend. His sister, Meredith Mickelson, confirmed his passing with a very heartfelt message.

My heart is shattered & to write this feels so wrong and i don’t even know what to say. Yesterday i lost my brother, best friend & the other half of my heart.”

She continued: “There wasn’t a person i loved more on this earth. Theres no words that can do him justice that i could write. to know him was to love him. he was the happiest brightest smiley most sunshine human to exist and I’m so happy God chose me to be his sister for his whole amazing life.” 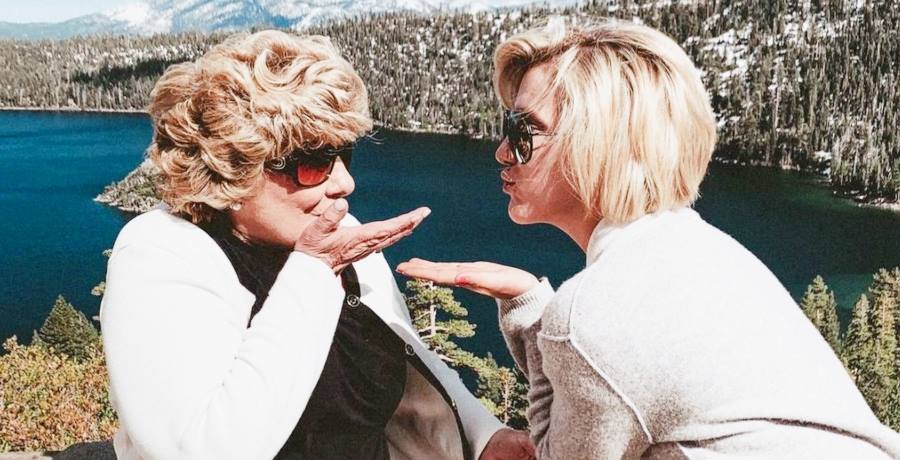 At this time, there are no further details surrounding his cause of death. Savannah Chrisley joined the parade of celebrities paying tribute to the late, young actor. Turns out, he was someone very near and dear to her heart.

The late actor was her very first boyfriend

Savannah Chrisley took to her Instagram Stories to pen a beautiful statement as she mourned the death of Daniel Mickelson. She revealed toward the very end of her beautiful tribute that he was her very first boyfriend. She couldn’t believe he was gone. 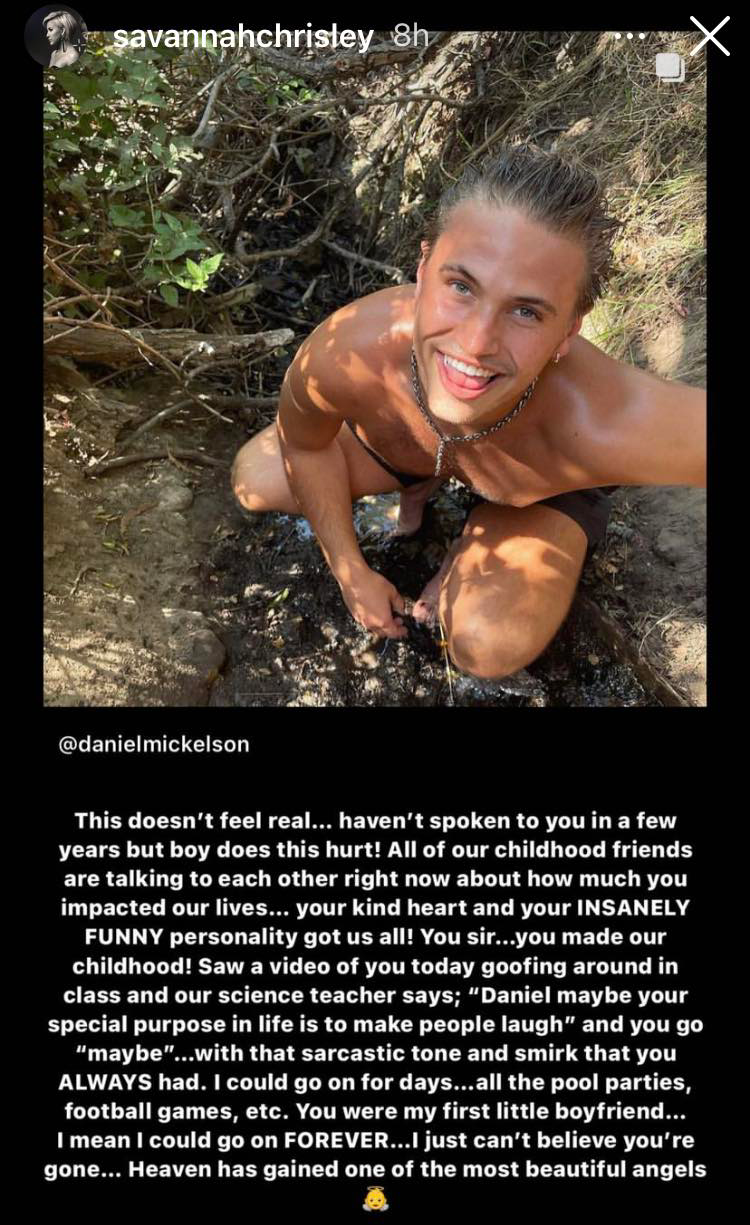 Savannah Chrisley noted that “it doesn’t feel real” as she admits that she hadn’t spoken to Daniel in several years. His death, however, brought together a lot of their childhood friends as they cling to each other to mourn his passing.

“I just can’t believe you’re gone… Heaven has gained one of the most beautiful angels.” She added as she concluded her touching tribute.