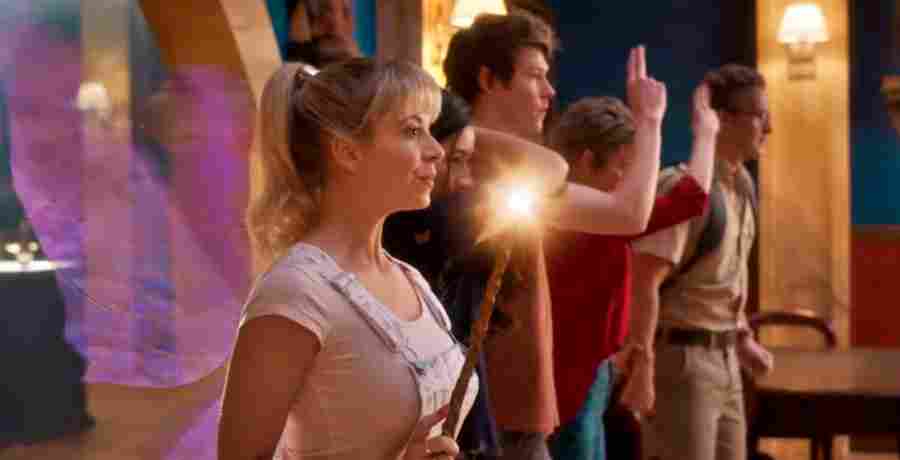 The popular Australian-produced teen fantasy series Bureau of Magical Things took its time getting to US viewers. However, once it did arrive, it soon hit the top 10 on Netflix. Even though it only started streaming recently, many fans have already binged all 20 episodes and are looking for more. Will there be a season 2?

Netflix and Bureau of Magical Things

Bureau of Magical Things was produced in Australia and first aired in July 2018 on a network called Eleven. The series later moved on to Nickelodeon, and three years later finally appeared on Netflix US. The fantasy is available on Netflix around the world, with most regions getting it in late 2020 and the US was the last.

However, days after the show dropped on July 1, Bureau of Magical Things is now in the top 10 series on the platform. Any fans that have already watched all 20 episodes are now impatient to know whether there will be a second season.

Will there be a Season 2 on Netflix?

According to Nickalive, yes, Bureau of Magical Things has been renewed for a second season. In fact, Season 2 was originally ordered in November 2019 and reportedly filmed through 2020. Production is now complete and the new season will start airing in Australia on July 10, 2021. Apparently, some countries can expect the show to start airing on Nickelodeon in August 2021.

While this is good news, as yet, there is no report of a release date of Season 2 on Netflix. Possibly, like before, the show won’t drop on the streaming channel until it has finished airing on Nickelodeon. This could mean Season 2 of Bureau of Magical Things could only drop on Netflix in 2023.

While this disappointing, at least fans know Season 1 was popular on the streaming channel, so there is no reason for them not to air Season 2. The best thing to do is follow Netflix on Twitter for the latest announcements on the teen fantasy series.

What can we expect from Season 2 of Bureau of Magical Things?

So far, we know that fans can expect another 20 episodes of the teen fantasy, all at 22 minutes in length and eminently bingeable. In the new Season 2, Kyra and Darra will embark on a quest to find the legendary lost Temple of the Purple Lotus. In the meanwhile, Kyra’s Orb magic suddenly awakens an ancient artifact. That scary artifact will threaten the existence of elves, fairies and the entire magical world.

Fans can catch the trailer for Season 2 of Bureau of Magical Things here.

Readers, are you excited about the second season of your favorite teen fantasy series? Let us know by dropping a comment below!