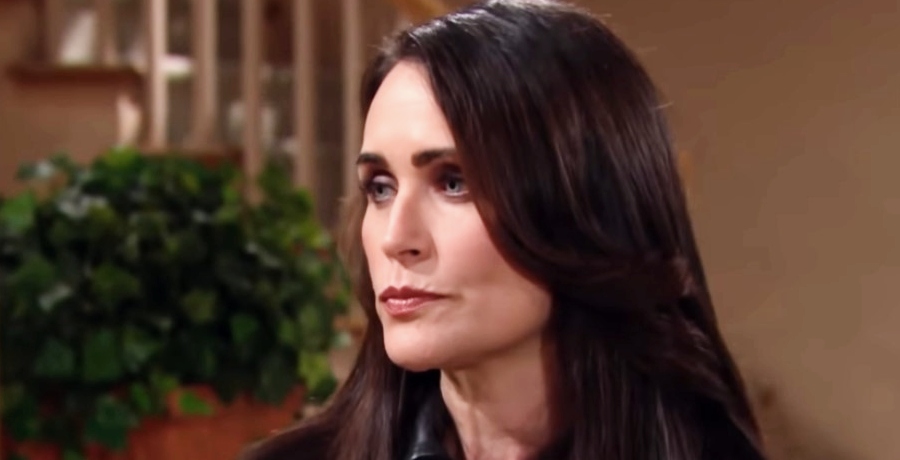 The Bold and the Beautiful spoilers reveal Quinn Fuller’s fate may be sealed, and that has viewers questioning if Rena Sofer is on her way out the door. Rena Sofer has captivated viewers at home with her impressive portrayal of the character Quinn Fuller on The Bold and the Beautiful all the way back to 2013. The character is abrasive and stubborn. But, she’s also highly motivated when it comes to looking out for her son, Wyatt Spencer (Darin Brooks).

Quinn Fuller’s dirty little secret has been exposed. Her life is slowly crashing all around her. Will Quinn tuck tail and run to avoid the shame? Or, will she stick around to fight for her marriage instead? Given the personality of Rena Sofer’s character… Both are pretty realistic paths for Quinn to take.

Those who are current with B&B already knew all about the secret fling Quinn Fuller had with Carter Walton (Lawrence Saint-Victor). But, now Eric Forrester (John McCook) has been clued in on the truth about Quinn and her unfaithful ways.

With Quinn Fuller’s secret out in the open… Bold and Beautiful viewers can’t help but wonder if that means Rena Sofer is on her way out. 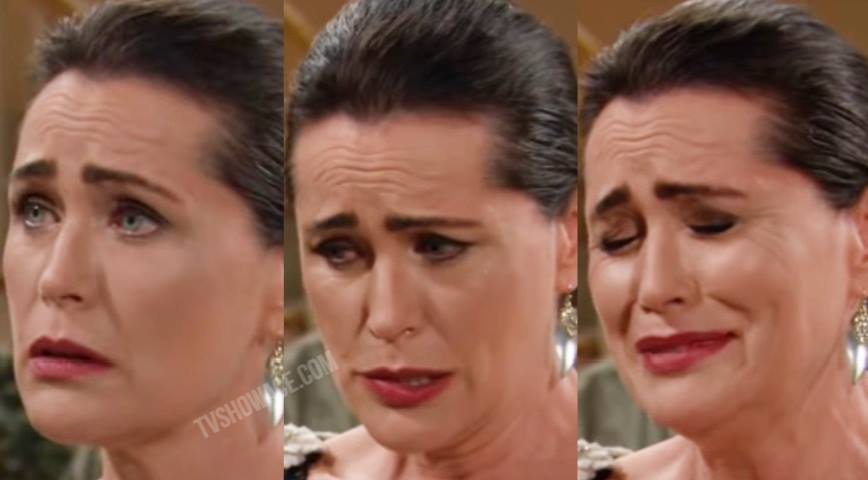 The character is far too resilient to exit without a fight

Quinn Fuller is an extremely resilient woman. She’s not going to give up Eric Forrester without a fight. Moreover, she’s unlikely to let anyone get in the way of what she really wants.

Now, Rena Sofer exiting The Bold and the Beautiful only makes sense if Quinn Fuller is exiting the storyline as well. Why? Well, because no one is going to be able to play the selfish and feisty character as well as Rena does.

Quinn has some explaining to do… #BoldandBeautiful pic.twitter.com/8xgDrIL0oI

Quinn Fuller: A Pariah, Eric Kicked Her Out Of Everything

Bold and the Beautiful spoilers reveal Quinn Fuller is officially the pariah of the community now that her dirty secret has been spilled. Presently, her friend Shauna Fulton (Denise Richards) may very well be the only one in her corner. Though, viewers suspect Carter could be in that corner somewhere too.

Viewers suspect Eric Forrester doesn’t have any love left for Quinn as he tossed her out of his home. Only time will tell if and when Eric cools off. He may do something hasty that he can’t take back as well.

Eric has kicked Quinn out of the mansion and fired her from Forrester Creations will he also go through with the divorce? Rena Sofer is unlikely to be leaving B&B because chances are pretty good this is far from the last we’ll see of Quinn Fuller. All of this drama only means more screen time for Ms. Sofer.

Rena Sofer gave an interview in 2018 to Soaps In Depth saying “I’ve resigned my contract and we’ll see what is in store for Quinn. Hopefully, something good will come out of it.” A lot of big-name daytime actors sign for 4 years and from the way Quinn has been written Rena Sofer is fulfilling her contract. Quinn will be around for a while to bring the Bold and The Beautiful drama.