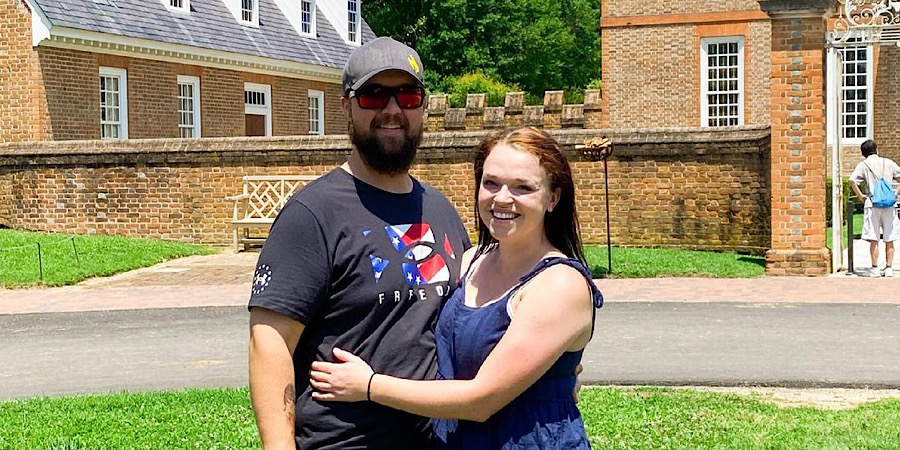 Sister Wives fans love when Maddie and Mykelti post pics of their little beans. Axel, Evie K., and Avalon have become Instagram sensations. Fans and followers cannot get over how adorable the three grandchildren are. For Independence Day, Maddie shared a photo of the two little Brush’s to commemorate the holiday. Of course, her followers could not get enough of it.

Maddie and Caleb were the first to have Brown grandchildren. They welcomed their son, Axel into the world in May of 2017. In August of 2019, Evie K. joined the family. The births were documented on Sister Wives and caused a lot of drama. Meri felt she had been left out of Axel’s birth. Maddie’s mother, Janelle was there along with sister wives Christine and Robyn. Her dad, Kody was also present but a miscommunication left Meri out to dry.

Evie was born with FATCO syndrome. Not only does it affect her limbs but she has less than five fingers on her hand. Ultimately, the decision was made to amputate one of her feet. Additionally, she had some webbing clipped from her hand. This will permit her to be much more mobile with the use of a prosthetic. She was quickly up and going like nothing ever happened.

Finally, the third Brown grandbaby joined the mix earlier this year. Christine’s daughter, Mykelti welcomed her first baby girl, Avalon. It gave fans another baby to go crazy over. Yet, this weekend, it was all about Axel and Evie K.

Happy 4th From The Brush Family

Maddie dressed Axel and Evie up to perfection for the holiday. Axel donned an impish smile and a red, white, and blue tie-dyed tank top. As for Evie, she was in a red striped romper and a white bow. There is also a photo of the proud parents but they are clearly upstaged by the kids. The Instagram post simply said “Happy Independence Day” with a flag and two hearts. Maddie’s followers could not stop gushing.

One had this to say: “Such adorable children, Mom and Dad too.” In addition to that sweet comment, another posted: “Oh my heart! You have the cutest wee babies.” Many of the comments repeated how cute the family is. The Brush’s just concluded a mini-vacation so a lot of pics were taken.

Finally, a follower had this adorable comment: “two cutie-pa-tooties!” Of course, they are perfection. They are effortlessly children making lifelong memories. No word on when or if Sister Wives will return so viewers can see the kids on their television screen soon.

Are you hoping it will come back? Let us know in the comments below.