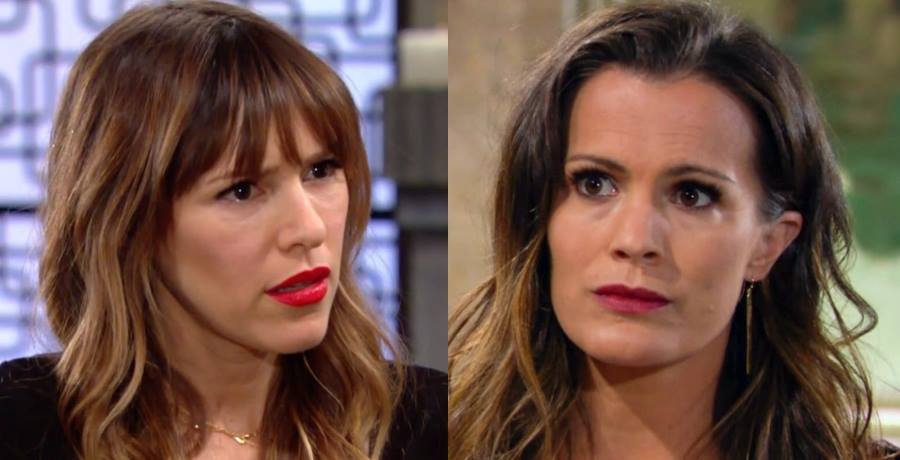 The Young and the Restless spoilers reveal Chelsea learning she may be detained indefinitely. She starts hatching a Chelsea-like plot to make sure that absolutely does not happen.

The Young and the Restless Spoilers: Chelsea Lawson Is Always The Con

When Chelsea’s (Melissa Claire Egan) doctor tells her he intends to keep her locked in the mental institution for a VERY long time, she gets ahold of Chloe (Elizabeth Hendrickson) who makes sure to visit and inconspicuously leave a phone. Chelsea records the doctor telling her his plans. The doc confirms he is working for Victor (Eric Braeden). Chelsea uses the cloud to get the recording to Adam (Mark Grossman) and tries to arrange a meeting via Chloe.

When Chloe shows at the park, Chelsea is there. How? She got a pass out with supervision, of course. But will she make a run for it and turn Chloe into her accomplice once again?

Plus, when Michael (Christian J. Le Blanc) realizes Chloe is up to something, he thinks he finally has the evidence to throw Chelsea in jail where he belongs. He just has to get Chloe to talk.

As for Adam, he is focused on moving back into the ranch where he knows he will surely run into Sharon (Sharon Case) a lot. Good luck, Rey (Jordi Vilasuso).

Amanda At the End of Her Rope, Mariah Missing

Amanda (Mishael Morgan) has yet another confrontation with Naya (Ptosha Storey.) All the pieces of the puzzle as to what happened to her father are coming together. Amanda is more horrified than she imagined she could be. Will Naya just continue telling lies or fess up to whatever she did and whatever she is trying to protect her own father from?

Will Amanda also get the support she needs from Devon (Bryton James)? Or will he be too concerned about the fact that he and Abby (Melissa Ordway) can’t find Mariah (Camryn Grimes)? Huh? What on Earth could have happened to Mariah?

When Phyllis (Michelle Stafford) sees Jack (Peter Bergman) getting close with both Sally (Courtney Hope) and Tara (Elizabeth Leiner,) she needs to put a stop to that nonsense immediately. She has a talk with her ex-husband. Of course, Jack doesn’t want to listen to anything she has to say. But that may not matter because Phyllis is now a woman on a mission.

After all, what does she have to do except saving her ex-husband when her other ex-husband and current boyfriend is in Italy? Perhaps Jack will realize he is still attracted to a woman a little bit closer to his own age…