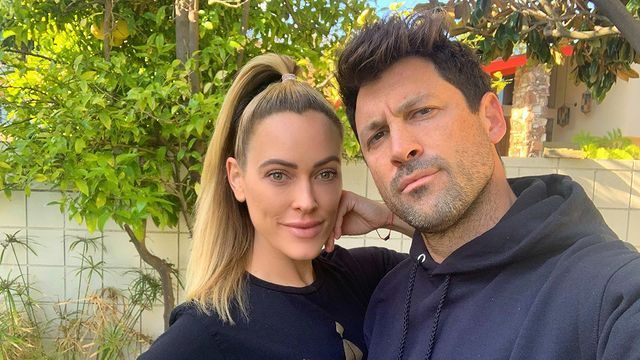 For now, it doesn’t seem like Tyra Banks is going anywhere. But would Maks Chmerkovskiy possibly replace her as Dancing With The Stars host sometime down the line? Maks and his brother Val recently sat down with Us Weekly to promote their new tour, Maks & Val: Stripped Down Tour. And of course, the question came up.

Maks Chmerkovskiy would like to host DWTS if given the chance

In the past, Maks said he isn’t interested in competing again. But he would like to host if ABC would ask him.

“I’d love to host. I’d fill any shoes on that show. I wish that I would’ve had that understanding when I first got to the show, we had a different process because I honestly had no examples of anything like this in front of me to be like, ‘Oh, that’s what it’s like,’” Maks explained to Us Weekly.

The former pro went on to say that he isn’t particularly passionate about three months of competition. However, he still loves dance and wouldn’t mind being involved with the show in some shape or form

Although Tyra Banks pulled in pretty great ratings for Season 29, diehard DWTS fans aren’t quite so taken with her. In fact, many boycotted the show last season after ABC fired Tom Bergeron and Erin Andrews. Would they come back if Maks hosted?

The other Chmerkovskiy brother is happy with the current setup

Val Chmerkovskiy, on the other hand, really just wants to stay where he is. The pro dancer competes alongside his wife, Jenna Johnson, and Maks’s wife, Peta Murgatroyd.

“I like the role that I’m in. I like what I’m doing. I’m about to host 19 cities on a tour on my own terms,” said Val. “We have 12-hour days where my whole body’s exhausted. I’m exhausted, and I love every single ache and just every single part of it. That’s when I realized, I truly am in Zen. This is what I meant to do. This is what I love to do.”

Val also went on to defend Tyra and say that she’s doing a great job. He also believed that Tom and Erin did a great job too.

“Would I kill it as a host? Absolutely. Not that I don’t have those ambitions, but I am very much content with continuing to dance and to perform on Dancing With the Stars, continue to teach. I just want a good partner,” Val added.

No matter what the Chmerkovskiy brothers decide to do, they’re going to have their hands full for a while. After canceling their 2021 tour, Maks and Val managed to put out a revived schedule. The Maks & Val: Stripped Down Tour kicks off in California on July 24.

So what do you think? Would you be willing to watch Dancing With The Stars if they made Maks Chmerkovskiy the host? Or are you content with Tyra Banks? Be sure to let us know what you think in the comments.

Dancing With The Stars returns for Season 30 this September on ABC. We’ll keep you posted as soon as we know any more about the upcoming season!

Chrishell Stause Vacations In Paradise With Her New Man — Who Is It?
‘LPBW’ Audrey Roloff Shares Daughter Ember Is Fearless Here’s Why
Lifetime’s Thriller ‘Burning Little Lies’ Is Not A Fairy Tale
Chrishell Stause Gushes Over The Bouquets Jason Oppenheim Gifted Her
‘Below Deck Med’: Lexi Wilson Actually Liked Her Crew Members