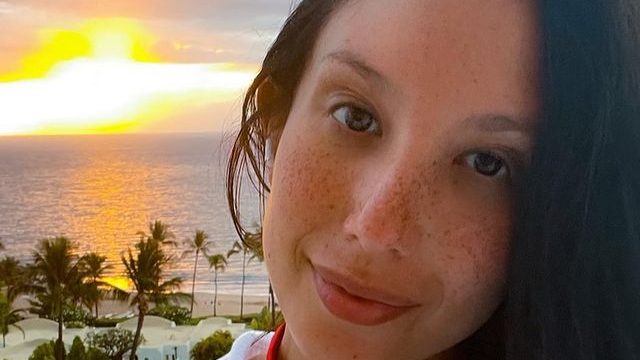 Asking for help is never easy. But Cheryl Burke’s fans are incredibly proud of her for getting the help she needs to maintain her sobriety. The 37-year-old dancer recently attended an AA meeting with some encouragement from her friend, AJ McLean.

“I knew that if I didn’t take that step forward to be a part of Alcoholics Anonymous, I don’t know if I’d be sitting here today with you,” Cheryl confessed on the July 2 episode of Good Morning America.

Cheryl Burke opens up about her battle on social media

The DWTS star recently posted a YouTube video discussing her battle. She’s been sober for almost three years, but it’s been really hard for her lately. She watched her father fall down the “rabbit hole” of alcoholism and didn’t want to go down that path herself. Cheryl chose to quit cold turkey, but she confessed in the video that she does occasionally look back. Recently, she’s considered drinking.

You can watch her candid video here:

Cheryl Burke spent some time in Hawaii with her husband, Matthew Lawrence. The trip was amazing — but also really triggered her. The hotel in Hawaii sent a bottle of champagne to their hotel room to celebrate their anniversary, not realizing that she’s a recovering alcoholic. A similar event at a friend’s birthday party only made the situation worse. She discussed the incidents on the Pretty Messed Up podcast with McLean and her other friend, Rene Elizondo Jr.

Cheryl never really wanted to join a 12-step program before due to her social anxiety. But now, she’s completely rethinking her choice.

“The thought of having to be with a new group of strangers in a way really ate me alive,” she said. “But I’ve realized that I needed to be able to hear other people’s stories, other people who struggle with alcoholism and addiction.”

Elizondo and McLean help her feel better, but Cheryl admits she’s worried about becoming too codependent on their friendship and the podcast. She also wants to branch out and find support in other areas of life, which she hopes she can find in AA.

The dancer is trying her best to stay sober, even though she struggles. But she really hopes that her story can help someone else too.

“The reason why I have decided to open my life up — when I hear other people’s stories, it actually really helps me,” Cheryl says in the video. “This platform has helped me become so much more vulnerable, and I realize it’s because of all of your guys’ support and helping me create a safe space throughout the years.”

Are you proud of Cheryl Burke for taking this big step? Be sure to leave your support in the comments. Stay tuned and we’ll give you the latest on Cheryl as soon as we know more.