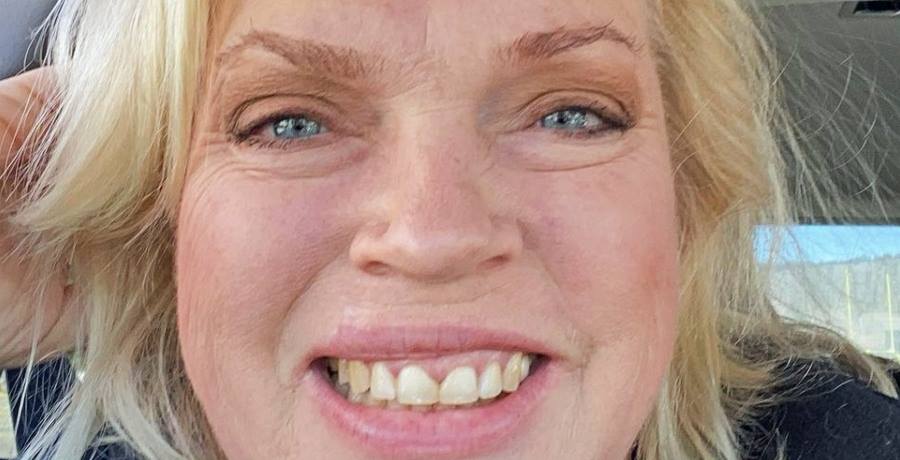 Janelle Brown made a huge splash when she revealed she now called an RV home. As we previously reported, Sister Wives fans had all sorts of reservations. Did she have water and power? What about air? Was she safe? Was living alone on Coyote Pass scary? Would Kody Brown be spending any time with her? It, however, appears as if Janelle Brown has immediately ditched her glorious RV to enjoy something else for a while. Where did she go and is she coming back to live in the RV?

The Sister Wives star took to Instagram to reveal she and the kids were taking off. They were ditching the RV for a bit of traveling. Where were they headed? According to her post, the plan is to visit Maddie and Caleb Brown Brush.

“On our way to see Maddie, Caleb and the babies . Only one not joining us is Logan,” She explained the caption of the post. The picture featured her and three of her children hanging out at an airport waiting to jet off to spend time with Maddie, Caleb, and their children.

Janelle has taken to her Instagram stories and her profile since to confirm she arrived and was happily enjoying time with the babies.

Janelle Brown shared an Instagram post yesterday revealing she and her children spent the evening catching fireflies with Axel and Evie. Janelle revealed Gabe helped Axel catch fireflies to put in a jar. The Brown family also enjoyed spending a little time with a neighbor’s turtle while playing outside as well. You can swipe through photos and videos of the fun evening together in the Instagram post below.

Janelle Brown will eventually return to her RV

Now, the Sister Wives star did not permanently ditch her new RV home. But, some fans thought it was a little odd she took off so soon after announcing it as her new home. Presently, Janelle Brown hasn’t told fans how long she plans on visiting with Maddie and Caleb. But, we hope she has a wonderful time!

Are you surprised Janelle Brown has already ditched her RV to go somewhere else? Do you think she likes RV life as much as she claims to on social media? Share your thoughts with us in the comments down below. And, keep coming back for the latest on the Brown family.