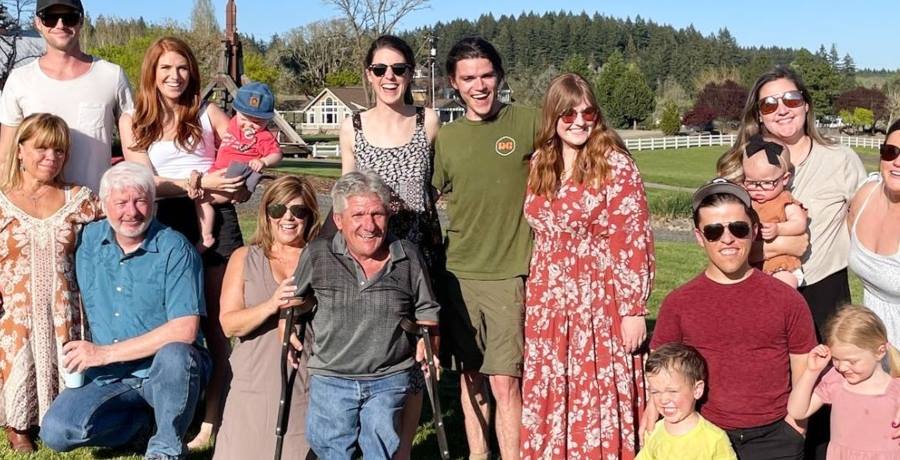 Another Roloff baby is on the way as a member of the LPBW family has confirmed they are pregnant! Who is expecting a child? And, what details do we know about that pregnancy so far? Keep reading for the scoop!

How many Roloff grandbabies are there right now?

LPBW fans know Tori and Zach Roloff suffered a miscarriage recently. But, they are hoping for a rainbow baby. As we’ve previously reported, Audrey and Jeremy Roloff have admitted they want to have more children.

Ok, what member of the LPBW family is pregnant?

Now, that we know a little background on Matt and Amy Roloff’s children and grandchildren… Let’s get to the elephant in the room. Which member of the LPBW family is pregnant? According to Instagram, Audrey and Jeremy Roloff are pregnant with their third child.

Turns out, they are fairly far along in the pregnancy as Audrey is flaunting a pretty big baby bump! Moreover, Audrey and Jeremy Roloff confirmed their new baby had a due date in November.

Audrey and Jeremy Roloff referred to the baby as their “tie-breaker” baby. Math-wise, this means Audrey is approximately five months pregnant.

LPBW fans react to news of the new Roloff baby

It was just an hour ago that Audrey Roloff took to Instagram to confirm a new baby would be coming to the family soon. The post has already been liked over 50,000 times. It has also accumulated over 1,200 comments inside of an hour. TLC personality Jill Dillard’s comment was next to Isabel Roloff’s at the top of the comments congratulating the family on their pregnancy.

Are you excited a new Roloff baby is on the way? Do you think Audrey Roloff is pregnant with a boy or a girl? Share your thoughts with us on this baby news in the comments down below.

Savannah Chrisley Under Fire For Catching A Shark: Did She Release It?
Kaitlyn Bristowe Is ‘Lonely, Emotional’ & Here’s Why
Jim Bob Duggar Snubbed By Nearly Entire Family — Including Michelle
2 Other ‘RHOBH’ Stars Are Dealing With Their Own Legal Drama
Unflattering Accusations Surface About ‘Bachelorette’ Front-Runner Greg Grippo