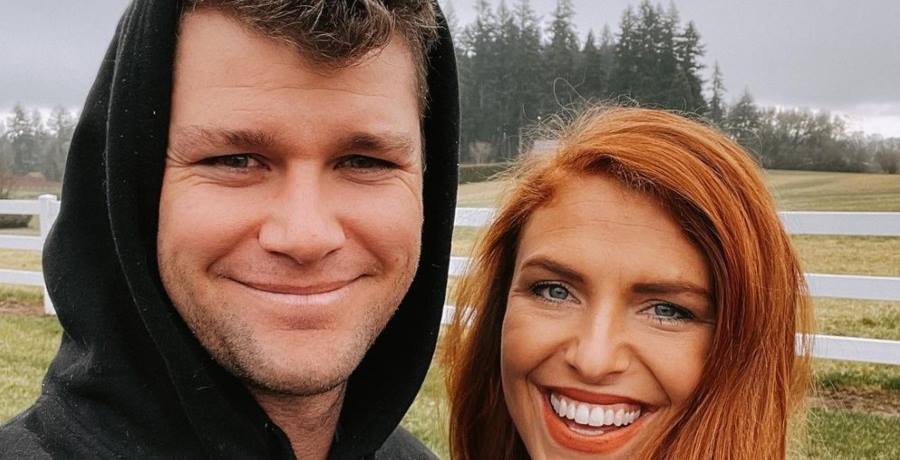 LPBW fans are concerned that there is “darkness” lurking in Jeremy Roloff’s soul. What’s going on? Read on to get the details about this super unique situation.

Audrey Roloff Shares a Sweet Post About Her Talented Husband

Yesterday, former LPBW cast member, Audrey Roloff, shared a sweet blurb on Instagram about her husband, Jeremy Roloff. In her post, she shared a photo and told followers about all of the things that Jeremy is good at. The celeb cites everything from “making knives” and “wiping poopy butts” to caring for their neighbors and “igniting meaningful conversations” She closed the post by tagging Jeremy and telling him “You continue to impress me every day.”

Fans filled the comment section immediately, joining Audrey in her praise of the man she’s been married to for seven years. Followers applauded him for being a family man. They praised his kind and generous spirit. Other commenters applauded Audrey for finding a man who clearly adores her and their children. The comment section was genuinely a warm and fuzzy place to be.

Until the troll came out. 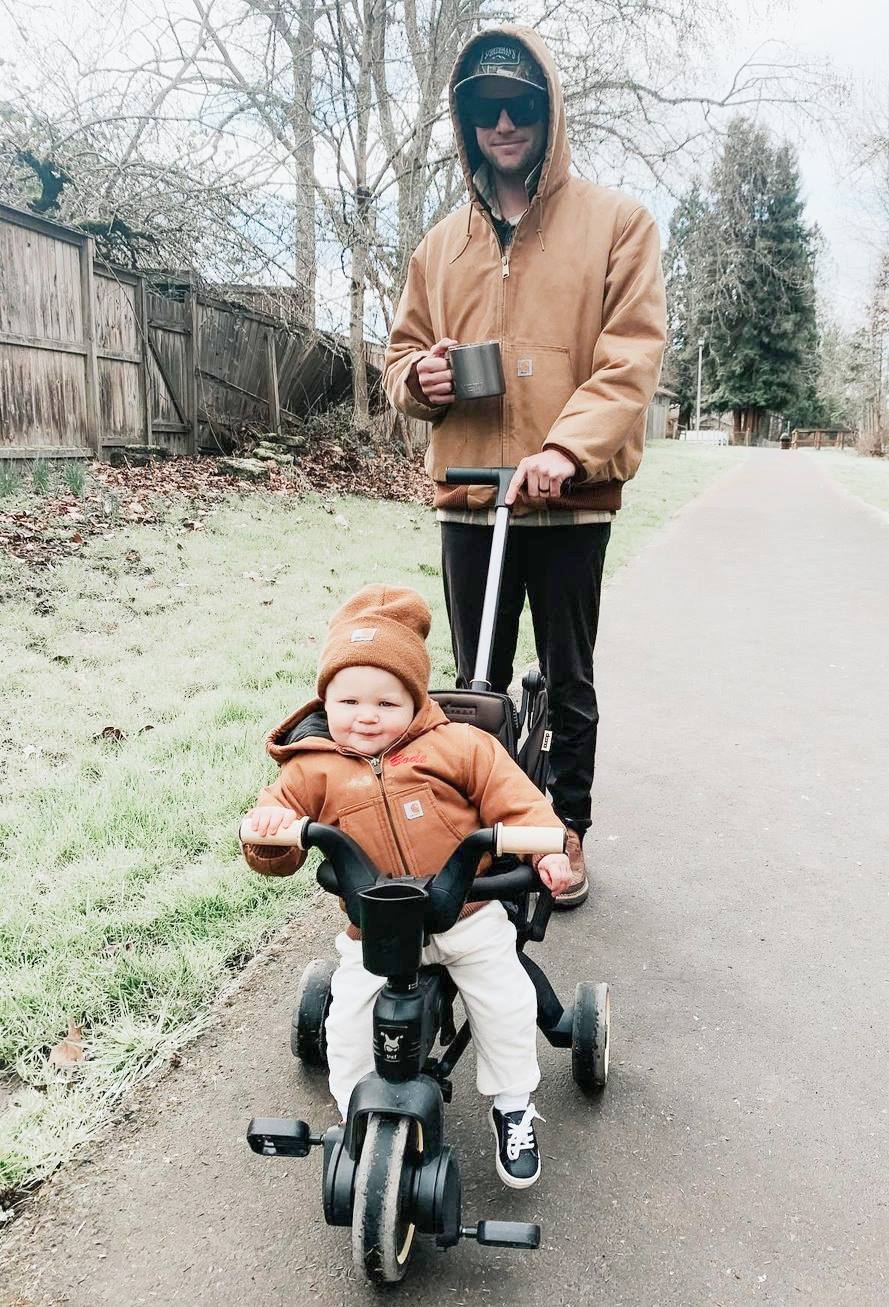 LPBW Fan Fears There is Darkness In Jeremy’s Soul

In the comment section of the post, one fan commented that she has always thought Jeremy was a good person. She describes enjoying the show and watching him grow up over the years. The post quickly turned however when she adds that she is “deeply saddened” knowing that he hunts. She goes on to describe hunting as the murder of animals who haven’t consented to their own slaughter. She then adds that it’s “a shame that this otherwise kind and fine young man has allowed the dark side to seep into his soul.

Various other fans on Audrey’s profile immediately jumped in to defend Jeremy. Most thought that the woman’s comment was strange and rude — they had zero problems telling her so. One even went so far as to call her a ‘nut job’.

But At Least She’s a Persistent Troll

This is not the first time that Jeremy Roloff has gotten dragged in an Instagram comment about his choice to hunt. Several months ago, the celeb posted a snap of himself on what appears to be a missions trip with other Christian men. In the post, Jeremy says, “Spent the last few days talking about Jesus and getting to know some amazing men while pheasant hunting in central Oregon. Wow, what a blast.”

In the comments section, most fans were quick to tell him to “have a great trip.” Others were happy to offer up recipes for preparing the birds they had caught. Then, out of the blue came a comment that left fans shaking their head.

“Disappointing Jeremy – u want for nothing – leave your gun down – u can talk about Jesus with lovely people without having to shatter the lives of gods creatures for your pleasure – I’m a huge fan of your family, but definitely not this!! Please don’t teach your beautiful children to kill – there’s no beauty in it – especially for the creatures who’s lives u take… teach them to nurture even the simple but very beautiful pheasant who also wants to live and does not willingly give its life for your ‘God’ chats and pleasure.”

Sounds familiar, huh? That’s because this comment came from the same woman who commented on Audrey’s most recent post. From what we can tell, she follows all of the family’s profiles, leaving anti-hunting comments anytime something related pops up. Of course, she gets eaten alive in the comments every time, however, that doesn’t seem to stop her. 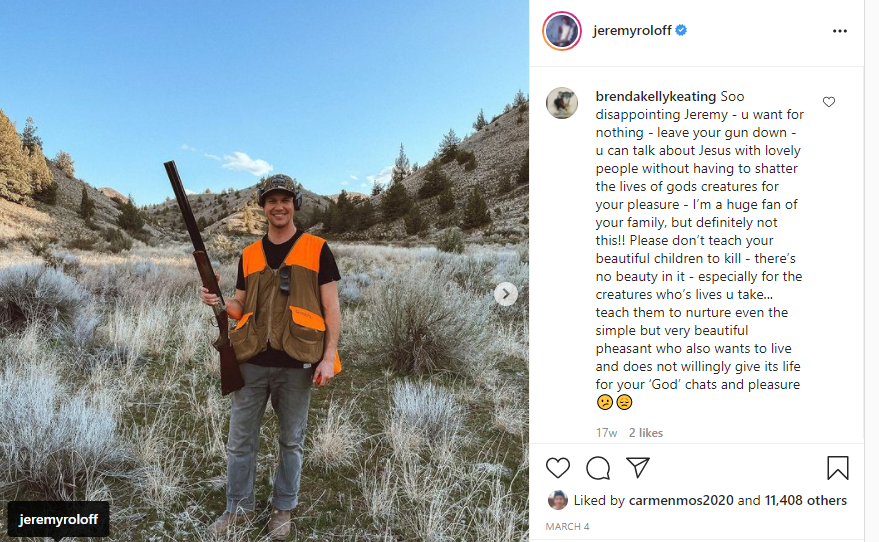 While occasionally another follower would comment that they didn’t agree with hunting, none went so far as to challenge the character of his eternal soul… Well, except Brenda here.

Nice photo Jeremy. If you need some good recipes for trolls let us know!

Want the latest on all your favorite reality celebs? Be sure to check our homepage daily!