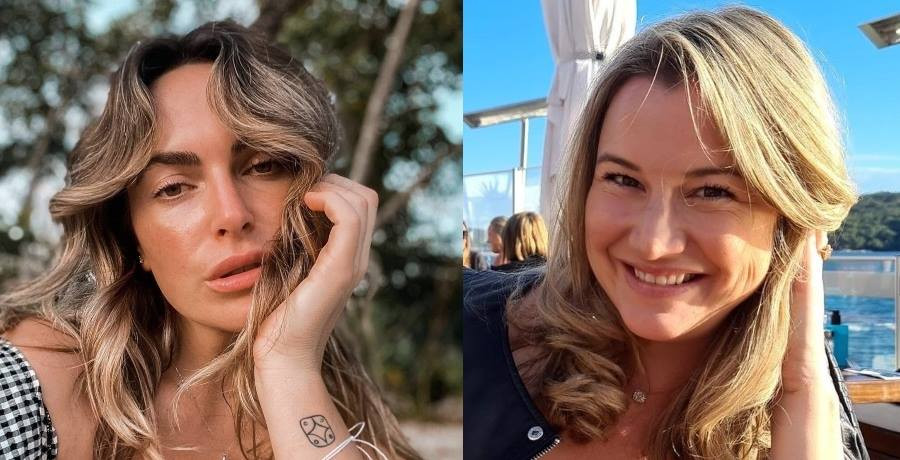 Katie Flood made her debut on Below Deck Med Season 6. She’s the new chief stew who replaced Hannah Ferrier. As fans recall, Captain Sandy Yawn fired Hannah for having unregistered Valium and a CBD pen on board the yacht. Christine “Bugsy” Drake had to quickly fill Hannah’s spot for the rest of the charter season since she had previous experience as a chief stew.

With a new season comes a new cast. Sometimes that includes the chief stewardess. The latest seasons of Below Deck and Below Deck Sailing Yacht introduced fans to a chief stew. So, it would make sense for Below Deck Mediterranean to bring a fresh face on board as well. Katie Flood had big shoes to fill.

So, how did Hannah react to her?

Former Below Deck Med chief stew Hannah Ferrier revealed on her podcast that she reached out to Katie Flood and offered words of encouragement. She thought of it as a courtesy since she’s been on the show since Season 2. Sadly, for fans, Season 5 became her last season. They were shocked by her announcement at the time, assuming she had quit, until they watched the show.

“I think it’s like a little bit of a courtesy of someone who did it for so long,” Hannah explained on an episode of her “Dear Diary, You’re Effed” podcast. “I sent her a message once it came out and I said, ‘Hope it goes well, I’m sure you’re gonna rock it. If you need any advice or anything let me know.'”

Katie confirmed that Hannah was very supportive. In an interview with Decider, she reflected on the Aussie’s message. Hannah made an impression on Kate. The two never worked together before in the yachting industry.

“I’ve never met Hannah, and obviously I knew who she was and she had no idea who I was until a month or so ago whenever the [trailer] was released,” Katie told Decider. “But she was really kind, she reached out, she sent me a DM and she just said congratulations and that she’s here if I need to talk to her about anything, just dealing with the social media side of things.”

Katie noted that the fans will probably compare them. She felt that it was “really, really nice” for Hannah to reach out to her. The new Below Deck Med star will take on Hannah’s offer whenever she needs advice. Hannah is keeping her DMs open to her.

Katie Flood received support from other Below Deck cast members

Hannah Ferrier wasn’t the only person who reached out to her. Katie revealed that other cast members from Below Deck shared their support as well. Seeing those messages made her feel really good about joining the show. The yachtie had no idea how she was going to be received.

“You never know,” Katie told Bravo Insider. “I don’t know how the world’s gonna respond to me or how I’m gonna be, you know, how they’re gonna see me, what they’re gonna say about me. So right now, I feel good.”

Katie hopes she brought a different vibe to the show. She describes herself as a “completely different person” and a “likable person” who gets along with just anyone. She’s hoping that her personality and work ethic is “refreshing for the show.” She also teased that Below Deck Mediterranean Season 6 will be different from previous seasons.

‘Days Of Our Lives’ EXCITING Comings & Goings: Johnny DiMera All Grown Up – Rex Brady Back
Jenelle Evans List Reasons Why She Claims ‘I Can’t Work’
ANOTHER Roloff Baby Is Coming! Who Is Pregnant Now?!
How To Watch Jessa Seewald’s Birth Story For Baby Fern
‘LPBW’: Zach & Tori Roloff Celebrate Anniversary Without Their Children