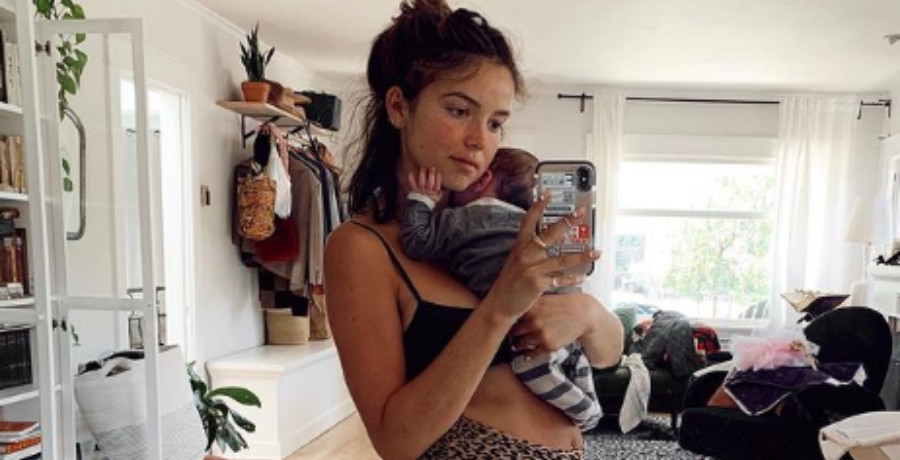 Bekah Martinez is one of the most controversial Bachelor Nation alumni. She is constantly facing a barrage of criticism for her parenting, especially when it comes to breastfeeding. A story she told on a podcast several years ago is back in the news again. The Bachelor alum defends herself from implications that she got sexual pleasure from one of her children.

Bekah Martinez Gets Heat For Tandem Breastfeeding Her Children

Bekah Martinez shares two children with her boyfriend, Grayston Leonard. Franklin just turned one, and Ruth is two-years-old. Bekah is extraordinarily transparent on her social media about raising her kids. She even shares her parenting fails, like this heart-stopping moment.

The mom-of-two often appears on various podcasts to share her life experiences. She also co-hosts the Chatty Broads podcast with Jessica Ambrose. You can subscribe to the podcast’s YouTube channel here.

Several years ago, Bekah told a story on a podcast episode about the time she was intimate with her boyfriend while Ruth was in bed with them. Not only was Ruth in bed, she was still latching onto Bekah’s breast after falling asleep breastfeeding. At the time, the story received a lot of attention from the media and mommy-shamers.

The story recently resurfaced on several Bachelor Nation fan accounts on social media. Some of the bloggers slammed Bekah for the ‘disgusting’ act. Some even implied that Bekah got some kind of sexual pleasure out of breastfeeding her daughter.

Bekah Martinez saw the social media posts about the resurfaced story. And she is completely heartbroken that the story is back to haunt her. She defended herself in several posts to her Instagram stories.

She slammed the ‘devastating’ allegations that she found sexual pleasure in breastfeeding her kids. In fact, she reveals that her children being sexually abused is her greatest fear.

Furthermore, she again defends being intimate with her boyfriend while her daughter was still breastfeeding. She also shared a snapshot from her original reaction in 2019. Back then she said that she was trying to “maintain” an already-rocky relationship.

She told People magazine earlier this year that she and Grayston were considering an “open relationship.”

As far as her Instagram reveals, she is still in a relationship with him, though it’s not clear if it’s monogamous.

Do you agree with bloggers that Bekah Martinez’s behavior was ‘disgusting’? Or do you think the mommy-shamers need to give it a rest? Share your thoughts in the comments below.