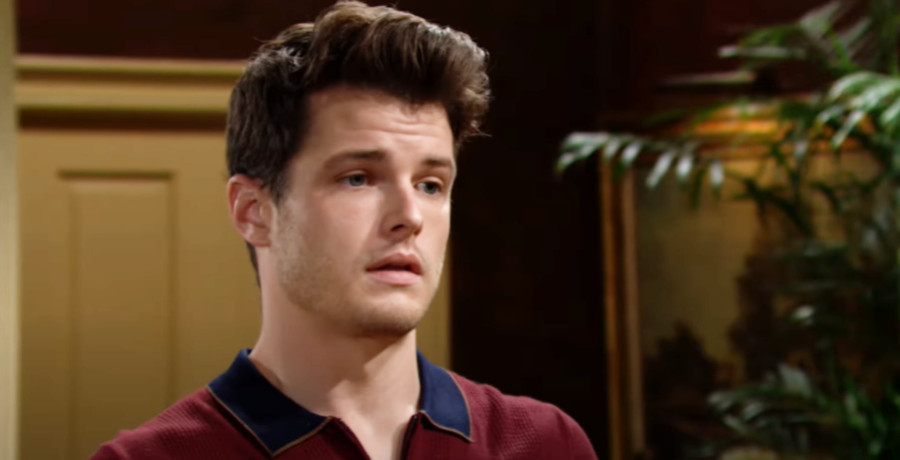 Michael Mealor is leaving The Young and the Restless. That means that Kyle Abbott and Summer Newman (Hunter King) could end up together after all. On Monday, June 28, viewers witness Summer leaving Genoa City for Italy. This seemed like the end of Kyle and Summer’s relationship.

She even gave him back his engagement ring after he chased her down. Kyle begged her to stay even if their lives are not as perfect as her new opportunity in Italy. Summer made her rounds around GC as she said her goodbyes to those who love her and don’t love her. While it may look like Tara Locke (Elizabeth Leiner) is getting everything she wants, it could blow up in her face.

According to The Young and the Restless spoilers, Michael Mealor is the next actor who’s on his way out. The latest issue of Soap Opera digest spoke to several sources involved with the CBS daytime soap. It turns out Kyle and Summer could end up together after all. Both Hunter King and Michael Mealor are on their way out of the show.

One insider noted that contract negotiations led to nowhere. Both parties couldn’t reach an agreement. Both Michael Mealor and Hunter King will be exiting the series. So far, there is no word on when their last day on The Young and the Restless will air. Since Summer already took off to Italy, it seems like Kyle is not too far behind.

He could hop on the next flight to reunite with the love of his life. That means that Kyle could have a change of heart. He might realize that he doesn’t want to be Harrison’s father after all. His new life with Tara could overwhelm him. All he’ll think about is Summer all alone in Italy, instead of his new life as a young father in Genoa City.

This sounds like the ideal romance storyline. Kyle Abbott and Summer Newman could end up together forever. Michael Mealor first played the role in 2018, when Hunter King returned to the series. King first played Summer in 2012 before taking a two-year hiatus in 2016.

The best way for these actors to leave to show is to have them reunite. Summer and Kyle fans are still not giving up hope on their favorite couple. They hope that Summer will at least pay a visit to Genoa City, or that Kyle will go after her. Kyle was relentless with letting her go, and that seems to be the case if the actor is leaving the show.

The Y&R comings and goings show the end of King’s storyline as Summer. While it may look like the end of “Skyle,” it may not end that way. Hunter King reportedly has a prime-time comedy and other projects lined up. As for Michael Mealor, it’s unclear if he scored a new gig.

Check back with TV Shows Ace for more news and spoilers on The Young and the Restless.