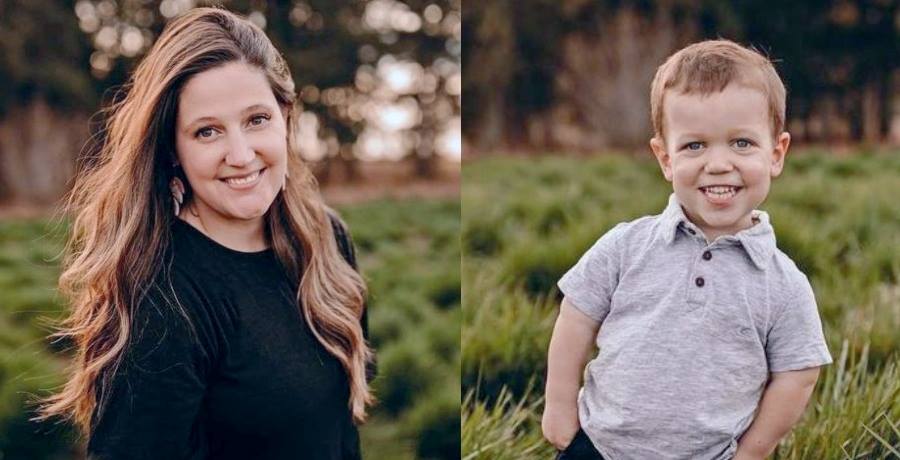 Tori Roloff really bonded with her son Jackson during an epic trip to Disneyland. She shared clips and photos from the adventure on her Instagram Stories. On her main feed, she paid tribute to his honorable traits. What sweet things did she say about her adorable son?

Being a little person isn’t always easy, but the Roloff family has shown their grit and determination on their TLC show. Matt and Amy Roloff were both born with dwarfism. They passed the little person genes onto one of their sons, Zach. His siblings Molly, Jacob, and Jeremy, are all ‘normal’ size.

In turn, Zach Roloff’s children Lilah and Jackson were also born as little people. That doesn’t faze Zach or his wife, Tori. In fact, they are open to having a third child someday. Sadly, Tori was pregnant with baby number three earlier this year, but suffered a devastating miscarriage. The couple told Us Weekly that they are ‘hopeful’ for a rainbow baby.

LPBW fans love all of Matt and Amy’s grandchildren. However, Lilah and Jackson are the only ones who still appear on the TLC show. So, in some ways, they hold an extra special place in fans’ hearts.

They can often be seen on the Roloff family farm riding around with their grandpa Matt. Some fans wonder why Matt babysits more than his ex-wife.

Lilah and Jackson get up to some adorable hijinks, much to the delight of fans. But Jackson spent the last few days bonding with his mom solo.

Tori Roloff absolutely loves Disneyland. She gave the California amusement park a shout-out in May for being accessible for little people. Not surprisingly, Tori visited Disneyland as soon as it allowed non-residents. And she took her four-year-old son Jackson.

According to Tori, little Lilah is still too young to enjoy the rides, so she stayed home. Based on Tori’s social media snaps and videos, she and Jackson had a great time.

Every parent thinks their kid is the best thing ever. Tori Roloff is no exception. After getting home from Disney, she shared a sweet note about Jackson on her Instagram. She praised some of his honorable traits. In an emotional post, she wrote that her son is “obedient, curious, funny, and confident.”

Some of those traits can be seen in a video she shared on her Instagram Stories. The young boy stands in front of a Toy Story attraction featuring Buzz Lightyear. She wrote that Jackson was listening intently to the “detailed instructions” of the ride.

Tori admitted to getting teary-eyed seeing her son love Disney as much as she does.

Do you see all those honorable traits in Jackson Roloff? Share your favorite thing about him in the comments below.