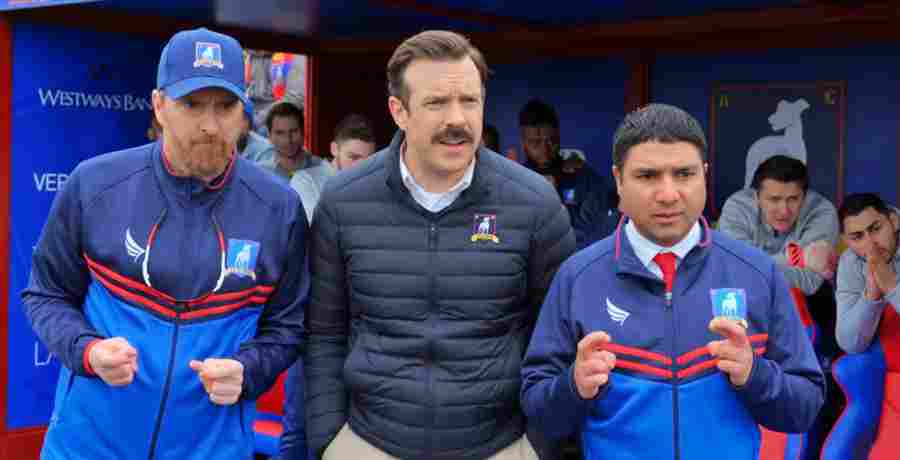 Ted Lasso fans will clearly remember how the comedy show lightened things up and made them laugh last year when the pandemic began. The Apple TV comedy series tells the story of Ted Lasso (Jason Sudeikis), an American soccer coach from Kansas. After he led the Wichita State Shockers to a Division II National Collegiate Athletic Association championship, he gets a new job. Meanwhile, Lasso was hired to manage AFC Richmond, which he does to hilarious effect.

Ted Lasso gets the job to lead AFC Richmond to the top of the premier league table, but in the background, something is going on. It seems someone had a hidden agenda to ruin the team and Lasso has no idea what is happening.

After Season 1 of Ted Lasso proved to be a huge success, it received several awards and nominations at various award ceremonies. Sudeikis himself won Best Actor in a Comedy Series at the Critics’ Choice Television Awards, the SAG Awards and the Golden Globes. The series itself went on to win a Peabody Award in the Entertainment category.

Is the show getting a Season 2?

After such an enjoyable first season, fans have been looking forward to news of Season 2. They are impatient to see what Ted does to lead his team to the top. The good news is that Season 2 will premiere on Apple TV+ on Friday, July 23. Futon Critic says the new season of Ted Lasso will drop on the streaming platform at 12 am ET.

In a trailer for Season 2 of the show, Ted can be seen encouraging his team to leave their leaving streak behind. Meanwhile, Roy Kent and Kelly are forming a relationship, and James Tartt looks to be an important figure this season. This is especially so after AFC Richmond manages to get to Wembley to play against Tartt’s Manchester City team.

Cast of Season 2 of Ted Lasso

Naturally, Jason Sudeikis is back in the title role of Ted Lasso. Meanwhile, Hannah Waddingham returns as Rebecca Walton.

Creators of the Apple TV show

The creators of the show include Bill Lawrence, who developed Ted Lasso along with Sudeikis, Joe Kelly and Brendan Hunt. Executive producers of the Apple TV show are Jeff Ingold, Liza Katzer, Lawrence and Sudeikis.

Are you looking forward to Season 2 of Ted Lasso? Let us know by dropping a comment below. Meanwhile, readers can enjoy a trailer for the new season of the comedy show below.