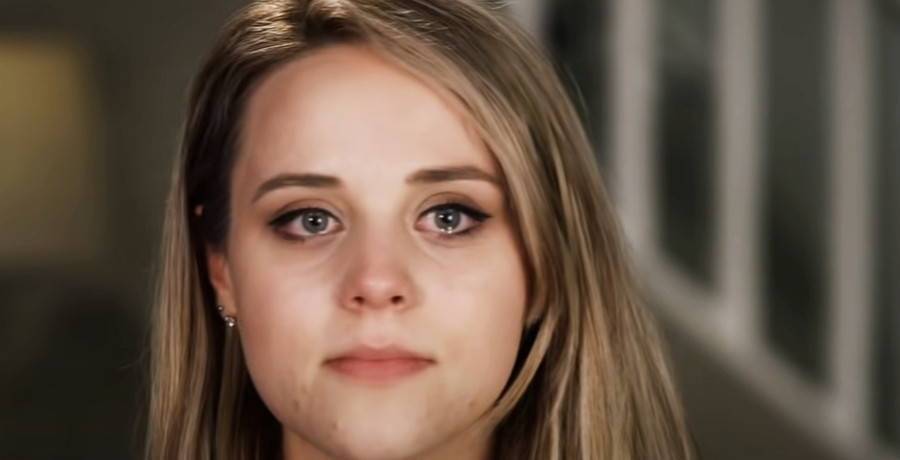 Jinger Vuolo admitted that she had no choice as a child. She experienced little freedom while growing up in the public eye. She was only 10 years old when her family invited the cameras into their lives. The Discovery Health Channel documentary led to their ever-popular TLC series, 19 Kids and Counting.

The series ran from 2008 to 2015. A few years later, she and her sisters appeared on Counting On, which was canceled earlier this week due to the child pornography charges against her brother Joshua Duggar. The 27-year-old got candid about the mental health struggles that she faced as their fame grew.

The reality star made an appearance on the podcast Dinner Party with Jeremy Fall. Some may assume that the family appeared “perfect,” especially since they’re staunch Christians. Jinger Vuolo shared a different side to their fame. She admits that it led to a struggle with depression.

“I think a lot of people do look into fame, and they think it’s all beautiful, it’s all wonderful, and yes, as I’m saying, there are tons of perks, but then, you also have to wrestle through it all,” Jinger revealed on the podcast, which came out on Thursday, June 30. “They can think, ‘Oh, you don’t wrestle with anything, you don’t struggle with being depressed one day’, you know? Or, like, your day hasn’t gone as you want, and how do you get through that?”

Those assumptions have made it difficult for Jinger to open up to people. Now, it seems like she’s ready to share her story with the world. Also, in the podcast episode, Jinger reveals that she and her husband Jeremy Vuolo turn to their God when things get tough. Just because they’re dedicated to their faith doesn’t mean they don’t live a life free of stress, pains, and struggles.

“We do all feel these things, we have times where we’re walking through very challenging deep, dark times and other people may not know about it or they may not understand that that’s something that’s common to all of us as humans,” she said. “We all walk through difficulties and challenges and that is definitely something I think about for us. We are people of faith and we have faith in God and so I think for me in those times when I wrestle the most, I just run to God.”

Jinger Vuolo admitted that some of the tabloid stories and online hate can get to her. There are days when she can’t look at the headlines or read people’s comments on social media. She says it’s “painful” to hear or read what others are saying about her and her family. Jinger reassures herself that she’s “not defined” by the things that she says, but rather of who she is in Jesus Christ.

“I don’t have to worry about other people’s opinions of me and I think that’s something that I wrestle with and I think my family wrestles with,” Jinger said.

It got so bad that the paparazzi would chase her down the street. It’s especially hard since she shares 7-month-old Evangeline Jo and Felicity, 2, with her husband Jeremy. The couple left their home in Texas behind to live in Los Angeles. However, these public burdens left her to wonder if she should leave the spotlight behind.

No choice in the matter

Jinger Vuolo never really had a choice about being in the spotlight or not. Since she was only a child when she grew up in the public eye, she never had a say. Oftentimes, Jinger finds herself telling Jeremy that she wants to leave it all behind. She didn’t make that choice – her parents, Jim Bob and Michelle Duggar made it for her.

Jinger also gets protective of her children. Whenever she shares a photo of her kids, she has a hard time dealing with the hateful comments she gets. She knows that her children can’t defend themselves. While Jinger wishes the world didn’t know her, she knows that they can always Google her name.

What are your thoughts on Jinger’s revealing interview? Sound off below in the comments.