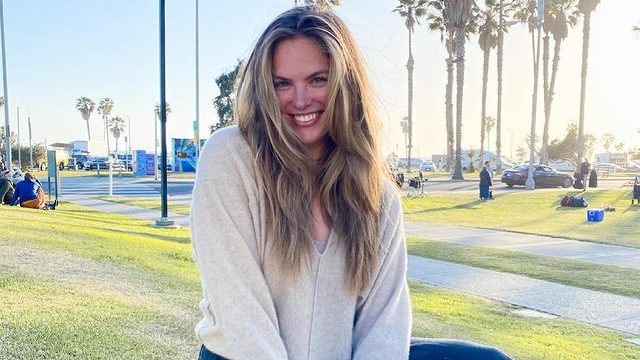 Hannah Brown’s injuries just seem to get worse. Us Weekly reported that the former Bachelorette and Dancing With The Stars champ recently posted about her latest injury on Instagram. She says that she hurt her neck on June 28 and it’s really limiting her movement.

“I’ve been super nauseous from the pain and not really able to do anything,” Hannah explained. “Send some prayers and healing energy my way!”

For now, that’s all that Hannah is willing to share with fans. But this isn’t the first time she struggled with debilitating physical injuries.

Earlier this year, Hannah revealed that she still suffers from injuries sustained on Dancing With The Stars. She and her partner Alan Bersten took home the Mirrorball Trophy, but it certainly cost her.

“I think this political climate and with COVID has been hard for all of us and me too,” Hannah shared with fans in an Instagram story while out for a walk. “Usually when I’m struggling, dealing with my mental health, I can go to working out. Well, for the past five months, maybe almost six, I haven’t been able to work out like I used to, and … it really brought me down because I didn’t know another way. I’m either zero, 100. All in, nothing. And I definitely let it get me down. But I’m really starting to finally get that motivation back and I want to share it with you guys because I think a lot of us can relate to going a long time without working out and sometimes it feels impossible to start again.”

Back then, Hannah revealed that she seriously understood what it felt like to be out of shape.

“I am still going to the doctor and trying to figure it out but I think a lot of my body hurting comes from some issues that started on Dancing With the Stars and I just kept going from zero to 100 — I’m either all or nothing — and pushed it too much to where I now have, like, some issues that I am having to deal with,” she confessed.

We won’t know more about Hannah’s injury until she decides to share more. It could even be possible that the neck injury stemmed from her time on Dancing With The Stars. For now, fans will just have to stay tuned. But in the meantime, you can keep up with her and the rest of Bachelor alums on their Instagram pages for the time being.