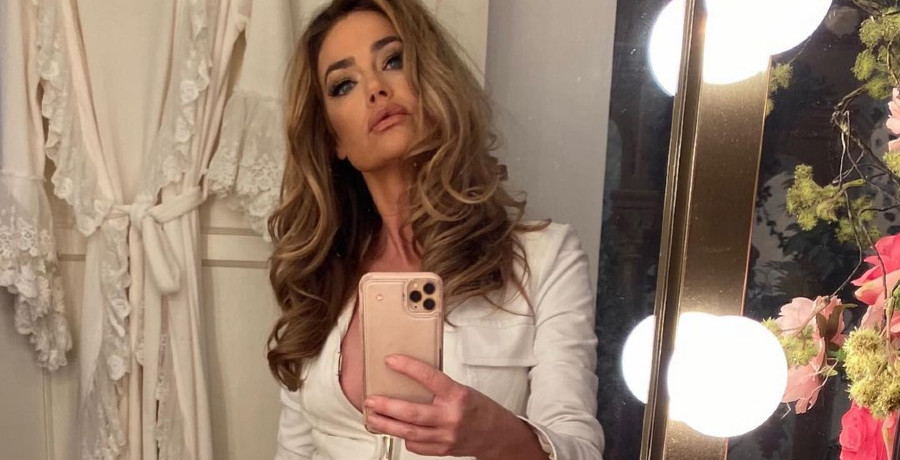 Denise Richards was a breath of fresh air when she joined RHOBH in Season 9. She got along with the other ladies, including longtime friends Lisa Rinna and Garcelle Beauvais. But as Lisa Rinna predicted, a new cast member’s second season is when the other ladies come for her.

It started with an allegation from RHOBH alum Brandi Glanville that she had an affair with Denise. Fans saw Denise marry Aaron Phypers during Season 9. According to Brandi, Denise lied and said she had an open marriage.

Once the other ladies found out about the alleged affair, it snowballed from there. Denise denied the affair, but some of the other ladies didn’t believe her. Lisa Rinna led the charge for Denise to “own it.” The arguments over the affair allegations got so bad that Denise Richards simply quit filming. She did appear at the virtual reunion.

However, she did not return for Season 11. In her absence, Sutton Stracke was promoted to full-time Housewife. Newbies Crystal Kung Minkoff and Kathy Hilton joined the show. Kyle Richards’ sister Kathy Hilton is already familiar to viewers, but they are seeing her in a whole new light this season.

Does She Want to Return?

Denise Richards did not seem to leave RHOBH on good terms with Bravo, Andy Cohen, or the other ladies. Her friendship with Lisa Rinna seemed beyond repair. However, now it seems that Denise may be open to renewing her friendship with Brandi Glanville.

Garcelle Beauvais had Denise’s back for most of the season, but the two had a disagreement during the Season 10 reunion. However, that hiccup did not ruin their friendship.

The Coming To America actress was a guest on Watch What Happens Live on Wednesday, June 30. She gave a surprising update about Denise Richards. She confirmed that they are still friends. Then she dropped the shocking tidbit that Denise wants to come back to the show.

Wait, what?? Andy Cohen was as shocked as the audience. His response was, “Oh, realllllly?,” as Garcelle slowly nodded.

But it seems it won’t be that simple.

Just as Andy Cohen said to Garcelle that they should talk about it after the show, Garcelle threw a wrench in. She said that “somebody’s gotta go” for Denise Richards to come back.

People magazine reports that Andy Cohen said it doesn’t work like that. “”That doesn’t always work when someone says, ‘If you take this one out, well, I’ll come back,’” he told Garcelle.

Before moving on to a new topic, Andy Cohen had one last question. Does the person who has “gotta go” have the initials “LR”? Garcelle put her hands over her face in laughter, which is all she needed to say.

Would you want Denise Richards back on RHOBH? Even if it means getting rid of Lisa Rinna? Share your thoughts in the comments below.