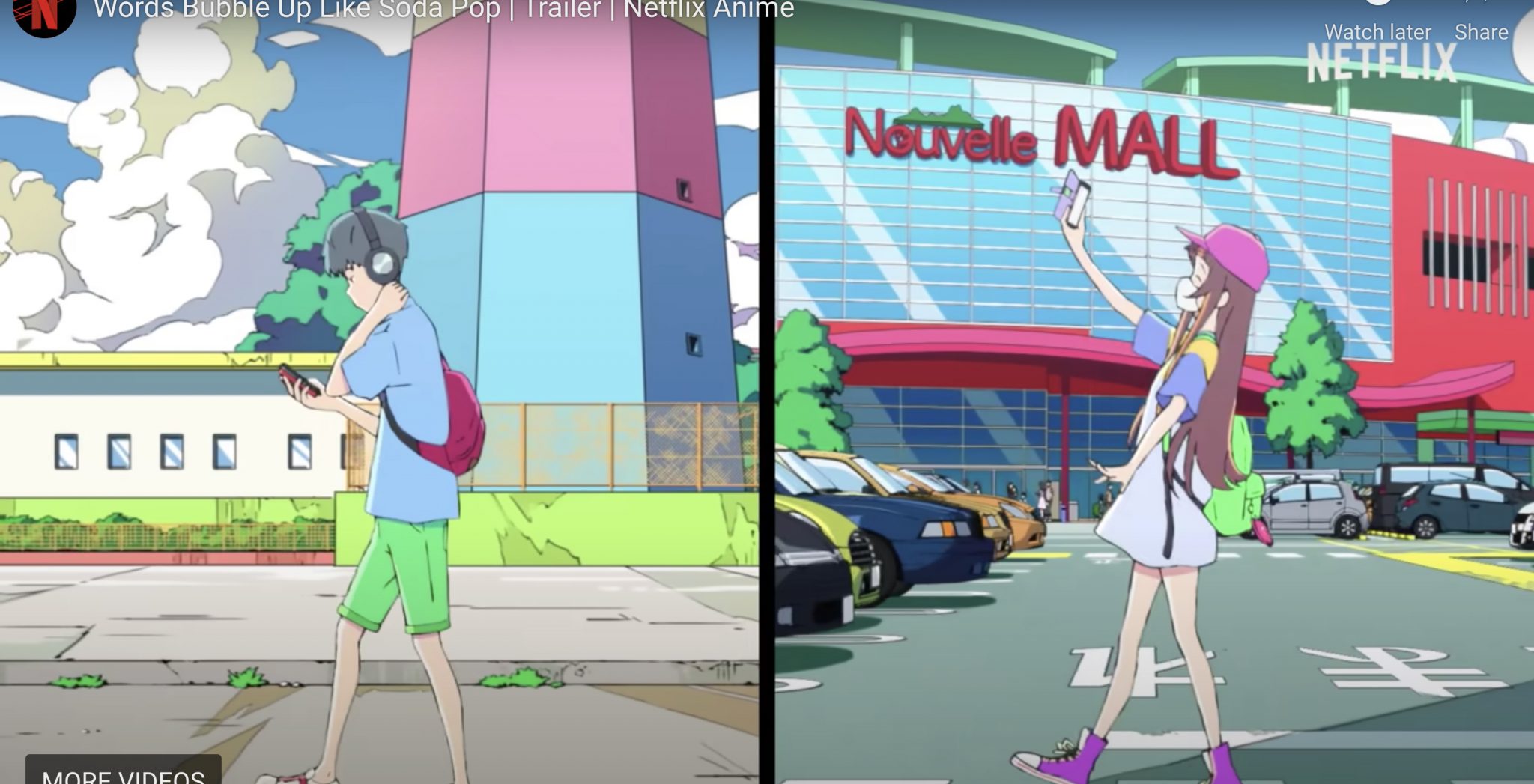 Luckily for anime fans, Netflix recognizes the genre’s popularity. So, it is exciting to think that there is a release date for the animated movie, Words Bubble Up Like Soda Pop. What’s On Netflix describes the movie as follows. “Netflix’s new charming and romantic anime is sure to pull on the heartstrings, but most importantly will be entertaining.” Keep reading to find out the release date for Words Bubble Up Like Soda Pop.

Surprisingly (to some), Words Bubble Up Like Soda Pop is a Netflix Original. Notably, the anime movie is created in celebration of the tenth anniversary of Victor Entertainment. Additionally, the two studios responsible for the animation are Signal-MD and Sublimation. NME reports that the former staff behind Your Lie In April and Cowboy Bebop worked on the film.

For anime fans in the US, UK, Australia, and Canada looking for something on Netflix, they’re in luck. Words Bubble Up Like Soda Pop has an official release date of Thursday, July 22, 2021. Interestingly enough, this is the same day that Japanese viewers will be able to see the film in theaters.

What to expect from the Netflix original anime movie

Words Bubble Up Like Soda Pop‘s main character is a Japanese high school named Cherry. Unfortunately, What’s On Netflix describes Cherry as “terrible at communicating with others.” Because of this, he “hides behind his headphones and his hobby is writing Japanese haiku poems.”

Perchance, Smile will be able to bring Cherry out of his shell. After all, she is a video star. Smile is able to achieve popularity all while hiding braces and large teeth behind her mask.

Ultimately, the duo meets at the mall. From the looks of it, the pair bonds over “music, videos, and poems.” Over the course of 87 minutes, viewers watch this adorable romance unfold.

Are you planning on watching Words Bubble Up Like Soda Pop?  What do you think about all of the Netflix anime news? Let us know in the comment section below. Make sure to come back to TV Shows Ace for more Netflix and anime news.