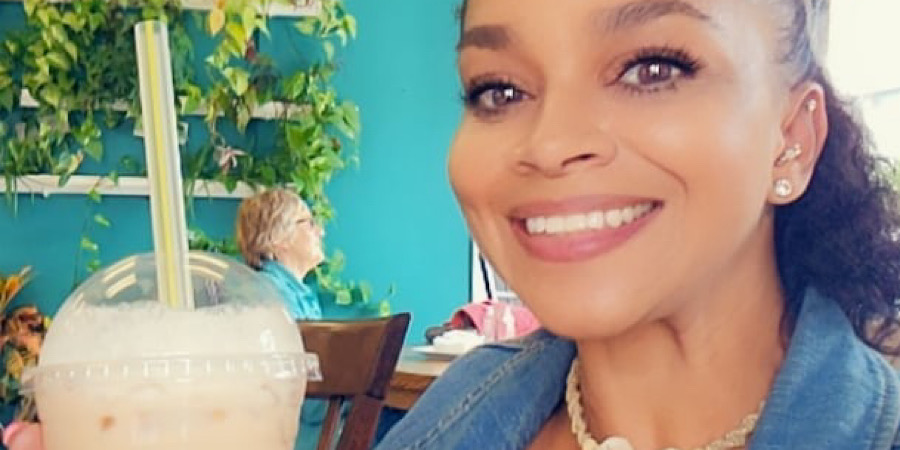 Lizzie Kommes is out living her best life after being arrested back in April. It was unclear why the former Love After Lockup star found herself behind bars once again. This was her third arrest in eight months. She seems completely unfazed by it all. Earlier today, Lizzie posted a carefree selfie of herself floating in the pool. However, it was a very noticeable accessory that stole the show.

Along with her boyfriend Scott, Lizzie made waves on Season 2 of the hit WEtv reality series. She had been incarcerated for about a decade. To make money, she would show off for men on the internet. Ultimately, she garnered around $800K from gentlemen. Then she met Scott online and began a relationship with him. He was devastated when her release was delayed due to more charges.

Scott thought he was being played by Lizzie but her lawyer reassured him of her situation. She could have received a very long sentence. Luckily, she only got one more year. Though he lived in California, he chose to relocate to Wisconsin where she would be on parole. While house hunting, Lizzie phoned from jail. She was adamant she call the shots about their new home.

Additionally, Lizzie dropped the bomb that she wanted an extra room in the house. She did not think she wanted to be intimate with Scott right away. He went on to propose two days after her release and bought her a car. However, he also hid his financial problems, and being broke would be their downfall. Lizzie continued to break the law and get in and out of relationships. This time, she left prison with a new fun accessory she can’t quit easily.

After spending a handful of days in jail, Lizzie is a free woman. It looks like she is employed and working the night shift. Clearly, she is enjoying summer and her days in the pool. But, one glance and it was hard to miss her new accessory- an ankle monitor. When a fan asked if it was in fact an ankle monitor, Lizzie confirmed it is. She also confirmed she was released two weeks ago. It is also in her best interest to stay out of bars.

Her followers had a lot of commentary about the new monitor. One boldly said: “Looks like your still getting in trouble lol.” Another inquired as to how long the monitor needs to stay on. Lizzie shared she will need to wear it for ninety days. Finally, a follower joked about Lizzie wearing the monitor in the sun, saying: “Oh Lizz… that’s going to leave an epic tan line!!”

As for Scott, he is still single but very proud of his time on the series. He also seemingly still does not care for his ex-fiancee. Wonder if we will see him on the series again. Let us know if you are surprised about Lizzie’s ankle monitor. Do not miss new episodes of Love After Lockup Friday nights only on WEtv.

‘The Bold & The Beautiful’ Spoilers, July 26-30, 2021: Finn Gets A Family
Joy-Anna Forsyth Pregnant?! Another Duggar Baby On The Way?
Kim Kardashian Sets Instagram On Fire With Unbuttoned Daisy Dukes
No Longer Boy Crazy? Scheana Shay Gets The Life She Wants
Khloe Kardashian & Tristan Thompson Spending Time Together: Are They Back Together?