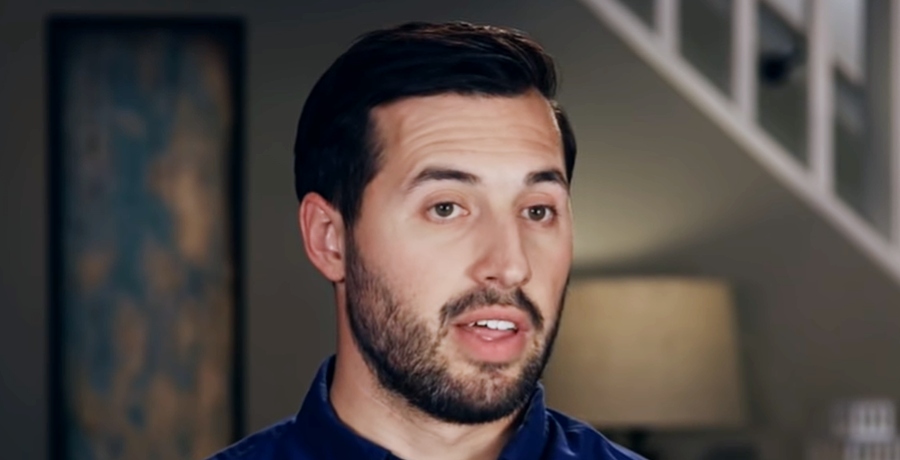 Jeremy Vuolo inadvertently spilled the truth regarding whether he and Jinger knew TLC was canceling Counting On. The truth came out in the form of a tweet that he posted and then later deleted when news broke of the cancellation. According to a Facebook page dedicated to snarking on the Duggar family, Jeremy Vuolo made the post around lunchtime. He later deleted it.

So, did Jeremy and Jinger Vuolo know about the cancellation ahead of time?

In Jeremy Vuolo’s deleted tweet, he noted that “today was a great day.” When he later deleted the tweet, Duggar Snarks took this to mean it was no longer a great day for him and his wife. Did this mean he was disappointed TLC decided to cancel Counting On? While we aren’t really sure what the answer to that question is… His tweeted and then deleted message pretty much affirms he and Jinger had no idea TLC would cancel the series.

He and his wife have already spoken out on the cancellation of Counting On.

Jinger and Jeremy Vuolo posted the same official statement on their Instagram accounts. They noted they were grateful for TLC and everything the network has given to their family over the years. They, however, completely agreed with the network’s decision to pull the plug on the series.

Jinger and Jeremy made it clear they were not interested in being trolled on their statements. So, they both shut off their comments. The lovebirds, however, are fairly active on Instagram. So, it wasn’t long before Jeremy posted something new and offered an opportunity for trolls to come for him in the comments. 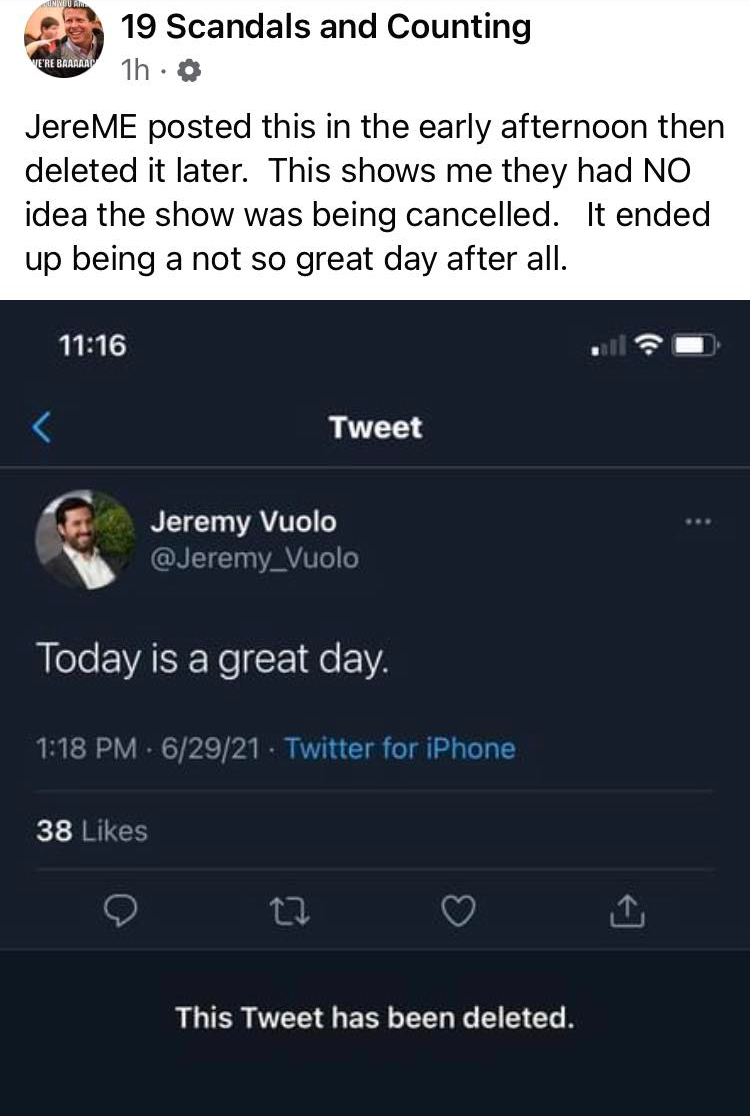 Jeremy dotes on his wife, declares his love

Less than 24 hours after speaking out about the cancellation of Counting On… Jeremy shared a photo of himself and his beautiful wife Jinger. He penned in the caption that he “really liked her.” Duggar Snarks found the post to be obnoxious and stupid. But, fans of this couple adore the love they have for each other.

Do you believe no one in the Duggar family knew this cancellation news was coming? Do you think Jinger and Jeremy Vuolo are disappointed? Or, are they relieved as they were already trying to make things more private for their children.

Share your thoughts with us in the comments. And, keep coming back for the latest on the Duggar family.