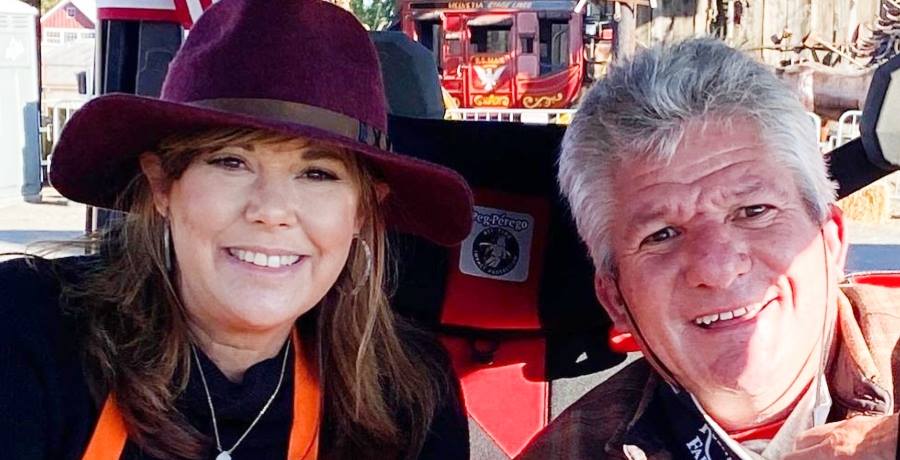 Caryn Chandler clued LPBW fans into the fact that she and Matt Roloff are not sleeping together right now. Turn out, it is Matt Roloff who is actively choosing not to come to her bedroom and sleep with her. Caryn claims they are doing what they can to “make it work.” But, it certainly sounds like there might be some trouble in paradise as the lovebirds see less and less of each other.

Matt Roloff is choosing not to sleep with Caryn Chandler

Now, Matt Roloff is coming over to Caryn Chandler’s home. He’s eating meals with her and watching movies with her. Things a boyfriend and girlfriend would typically do. But, many LPBW fans practically consider them to be a married couple because of how close they are. So, learning they are not even sleeping in the same bed together has left fans shook.

As we previously reported, Caryn Chandler loves her new and fresh home. But, Matt Roloff isn’t a huge fan. He admits it is a nice home. But, it is a two-story home. And, a two-story home is a bit more challenging for a little person. Avoiding the stairs in her home means avoiding her bedroom as all bedrooms are upstairs. So, the duo are not sleeping together as a result.

She hopes to ease him into her bedroom

Matt Roloff asked Caryn Chandler if she would be willing to make room in her home for a few of his special chairs. She agreed she would be happy to put a chair wherever he needed. But, she wanted two so she could put a chair upstairs too. With her bedroom being upstairs, he would eventually have to get up those stairs to be with her all night.

Some Little People, Big World fans question if this relationship is even going to work out. They think Caryn Chandler is spending a lot of time alone because she’s tired of waiting for Matt. And, they think Matt really needs some time to be single and take care of Roloff Farms alone with his children.

Share your thoughts with us in the comments down below. And, keep coming back to TV Shows Ace for the latest on the Roloff family.