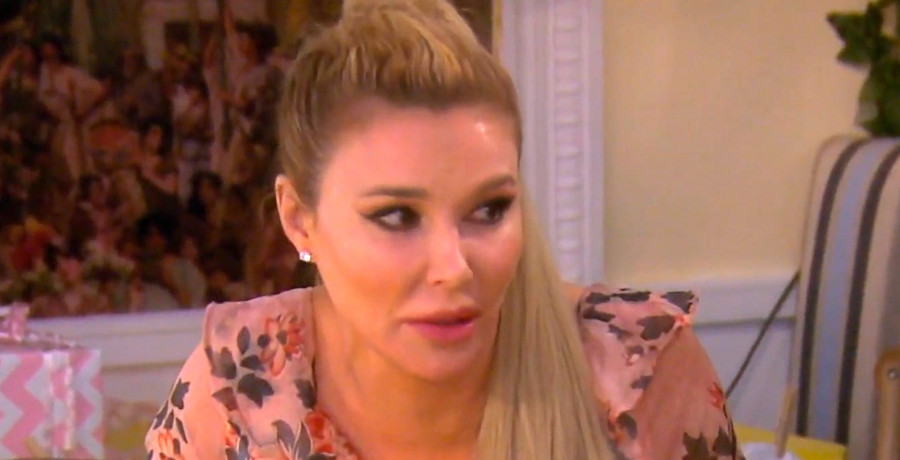 Brandi Glanville recently dissed Erika Jayne’s documentary. Earlier this month, The Housewife and the Hustler dropped on Hulu. The documentary explored the alleged crimes of The Real Housewives of Beverly Hills star and her estranged husband Thomas Girardi. In the latter half of the program, the alleged victims of the couple spoke out.

Earlier on, a few housewives made appearances. Brandi revealed that she was approached to make an appearance on the documentary. Apparently, they didn’t pay any of the housewives anything to be on the ABC News special. Even if they offered her money, Brandi says she would’ve still turned it down.

Brandi Glanville reveals she was asked to participate

Brandi Glanville shared her thoughts on The Housewife and the Hustler. She revealed that the producers reached out to her about the documentary, but she couldn’t do it. Not even for one million dollars. Her manager approached her with the unpaid opportunity.

However, Brandi had her concerns. She had no idea why they wanted to speak with her. She also said that she didn’t have all the information about the opportunity to accept it. Brandi did what felt right at that moment and turned down the offer.

“I did not have all of the information at the time but we found out that it was for the Hulu doc about Erika Jayne-Girardi,” Brandi said during the June 25 episode of Brandi Glanville Unfiltered.

Initially, she turned down the offer because it was unpaid. Now, Brandi claims that she wouldn’t have done it even if they paid her. That’s when she shaded the two other housewives who appeared on the program. Brandi doesn’t understand why she would go behind her friend’s back and talk about her life.

Former RHOBH co-star opens up about the documentary

Brandi Glanville did watch The Housewife and the Hustler. She said there were “some interesting things” revealed in the documentary. But she didn’t understand why her ex-husband Eddie Cibrian’s wife, Leann Rimes, made an appearance. She found that part unnecessary.

“They cut to a picture of Leann singing and they showed it for a while. Leann told me she used to go and sing for them,” Brandi explained. “She’s like, ‘Oh yeah, I met them a lot over the years.’ And I thought it was kind of shady. Listen, she’s just there to play a gig.”

Brandi wasn’t the only one who watched the Hulu doc. RHOC alum Kelly Dodd shared her thoughts on The Houswife and the Hustler. She said she couldn’t stop crying. She also shared her support for the victims.