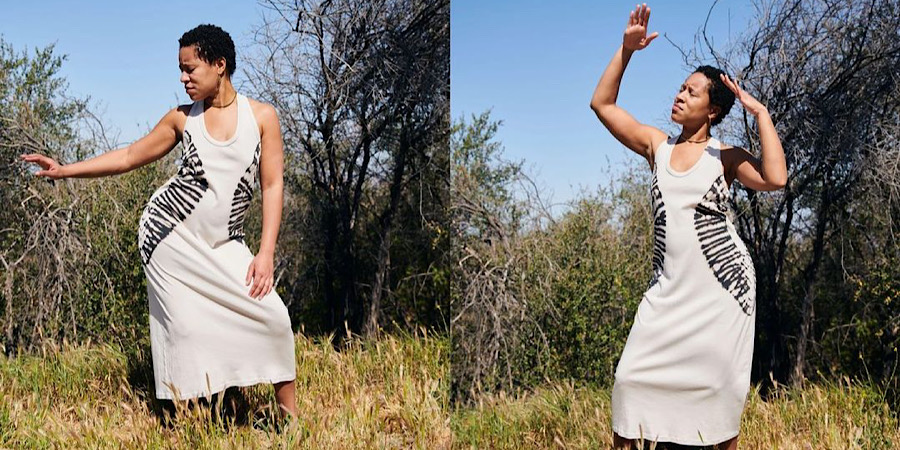 Seeking Sister Wife star Ashley Snowden has infamously worn a Bindi for years. Ultimately, each potential sister wife would follow suit and wear one, as well. In her last two posts, taken on the same day, her Bindi is visibly missing. This comes after rumors she split from her husband of over a decade, Dimitri Snowden. Does this further solidify Ashley is a single lady?

The Meaning Behind the Seeking Sister Wife’s Bindi

Viewers were perplexed by Ashley’s faithfulness to her Bindi. There was no true religious practice behind it. Even her two daughters donned a red dot between their eyes. Ultimately, she went on to explain the meaning behind it. By wearing the Bindi, Ashley felt it was representative of a third eye. She and Dimitri prided themselves on being spiritual above anything else.

In fact, some viewers did not know they were not legally married. They have been together for over a decade. However, they never felt the need to go beyond the spiritual. Then, they started courting Christeline Petersen from South Africa. The only way to ensure she remained in America was for Dimitri to legally wed her. At the end of the ceremony, Ashley came to the couple and placed a Bindi on Chrissy’s forehead. Yet, this time, Ashley had a different meaning behind it.

As she put it on, Ashley says women are the creators. Therefore, she was the creator of the family. She had established the Snowdens and now she was passing the torch to the new wife. This is contrary to what she had initially said about her Bindi. Now, she has ditched it. Is there a reason?

Towards the end of the season, COVID had left Dimitri without a job and struggling. He was taking on odd jobs. Then, emails came out claiming he was homeless and in a world of debt. Soon, Ashley started to become very verbal, saying she did not care what people thought or said. Additionally, she started collaborating with a clothing line and revealed she had a lot on the horizon.

She is writing a book and working on a new show along with her new line, ALOHA SNOW. Though her posts have been incredibly introspective, it is unclear who they are directed at. She and Dimitri have been under fire since April. That was when Christeline accused them of domestic abuse and more people came out against the couple. It has been a stressful time, especially with viewers calling for the couple to be removed from Seeking Sister Wife.

Ashley appears to be in a good space and is possibly freeing herself of the third eye. Maybe she is leaning on her own intuition. What do you think of her ditching the Bindi? Let us know in the comments.