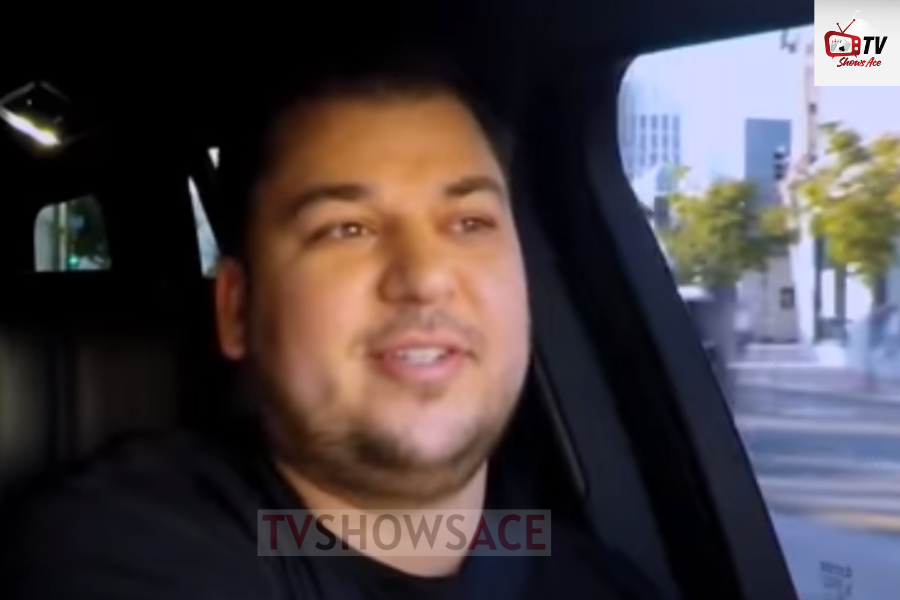 ‘KUWTK’ fans were in a buzz of excitement today when Rob Kardashian popped up unexpectedly on social media. What was the buzz all about? Read on to get the details.

Rob Kardashian Has Been Missing In Action

If you follow KUWTK you probably remember that Rob Kardashian used to be a huge part of the show when it first began more than a decade ago. Unfortunately, way back in season 7, Rob decided the reality TV game wasn’t for him. He chose to step out of the spotlight and not have his life filmed for the show. Since then, the Kardashian brother has popped up on an episode here and there for family events and such – though all in all it amounts to an episode or two per season.

What’s Rob Been Up To Since Season 7?

While he chose to not be a focal point on Keeping Up With The Kardashians, Rob still remained in the public spotlight for quite some time. A few years later the celeb began a relationship with former stripper turned entrepreneur Blac Chyna. The pair dated for just over a year before the relationship ended with a huge bang in 2017.  While together, their tumultuous relationship was documented in a Kardashian spin-off reality series, Rob and Chyna. The show made it one whole season before getting the ax.

The show began just after the couple announced that they were expecting. Daughter, Dream Kardashian, was born in November of that year – shortly before Mom and Dad split.

After the split, The Sun reported that Rob Kardashian ‘shocked’ the world when he took to social media to ‘expose’ his ex, claiming she was unfaithful. The young Kardashian posted photo and video of Chyna engaged in various intimate acts with another man. Supposedly these took place during their relationship. Rob also posted screenshots of texts between him and his former lover in addition to some VERY large photos of Blac Chyna exposing her private parts on camera — which were allegedly part of the text conversation.

Rob Kardashian’s ex-girl/baby mama retaliated by claiming that he had been physically abusive during their relationship.

The Lawsuit That Never Ends

After the dust settled from media, Blac Chyna quickly filed a lawsuit against Rob and several members of his immediate family – including his mother and all of his eldest siblings. The ‘entrepreneur/model’ claims that the Kardashian family sought to destroy her image and sink her career. Chyna claims that Kris Jenner and her gaggle of girl children purposefully took action to have Rob and Chyna canceled – during the midst of filming for Season 2. The celeb also claims that they interfered with her income in various other ways. The lawsuit is intends to ‘hold them accountable, for ‘damage’ to her career.

The suit was filed in 2017. The case is still ongoing.

Rob Kardashian Pops Up On Social Media with Sibs

Obviously, Rob has taken a break from social media and the limelight — both for personal and legal reasons. The former A-lister has had a very public struggle with his physical and mental health since 2015 and being in the public eye seemed to exacerbate it. Despite his issues, he maintains a loving relationship with his siblings who always seem thrilled to see him.

According to Pop Culture, Sister, Khloe Kardashian, who celebrated her 37th birthday on Sunday, posted a photo of her brother on Instagram Monday afternoon, and fans were stoked. In the snap, Rob posed smiling goofily for the pic alongside the birthday girl and younger sibling Kylie Jenner. The caption on the post simply read, ‘Soulmates.’

Several family members popped into the comment section to leave their love on the photo, including big sisters Kourtney and Kim Kardashian West.

Fans and followers left nearly 8k comments on the post, referring to the siblings as ‘the three musketeers,’ and commenting on how happy they all look. Several commented on the fact that Rob appears to have lost weight and looks happy. Others were just happy that he is socializing after a long stint of hiding away.

Who is your favorite Kardashian sibling? Tell us in the comments. Stay tuned to TV Shows Ace for the latest news on the Kardashian-Jenner fam.

Kim Kardashian Chases ’More Elevated’ Promise With Sexy Lingerie Snaps
Love In The Afternoon With Hallmark’s ‘A Little Daytime Drama’
Danielle Busby Shows Us Why Parker Is NOT A Morning Person
Isabel Roloff Glows In New Bumpdate & Gets Honest About Pregnancy
Mady Gosselin Defends Risqué Photo: ‘I’ll Do Whatever I Want’