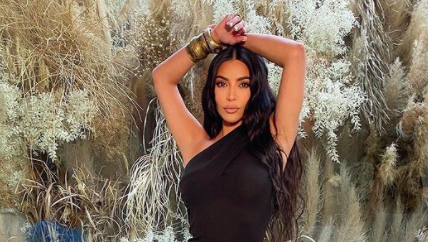 Kim Kardashian and Kanye West had a long and emotional relationship. However, earlier this year they decided to break up. Now, it seems like Kim Kardashian may be ready to date again, but it’s going to take a lot of work for her.

Kim K. may be ready to start dating again, but it sounds like it’s going to take a lot of work Cinema Blend reveals. Her biggest thing, of course, is trust. She and Kanye were friends for a long time before they ever dated. Kim is looking to build that sort of trust again before dating someone else.

“She also knows how hard it is to build trust with someone so she thinks it’s going to take time before letting someone into her private life. It was easy with Kanye because they were friends before so they had years’ worth of trust,” a source says.

For now, Kim is just staying out with her girlfriends and having fun. It seems like that is the best idea. She could probably use some time alone and with her friends after being in a relationship for so long.

What is Kanye up to?

Kanye West is reportedly already dating again. Apparently, it is suspect that he is dating model, Irina Shayk. Neither of them has confirmed or denied their relationship. However, there are photos out that would suggest they are together.

Even though these rumors are not confirmed, Kim Kardashian has her own thoughts on her ex-husband’s dating. She claims that she is happy for him. However, if this is really true isn’t quite certain. It seems a bit soon to already be happy for her ex. In fact, a source reveals that she actually is shocked that Kanye started dating before her.

“She certainly did not think that Kanye would move on with someone else before her. Friends and family are telling her she has nothing to worry about and when she’s ready to date again, they gladly will be setting her up with potential suitors,” the source says.

Of course, that has to be hard for her to watch. Hopefully, the pair are able to both be happy and co-parent well together.

Who do you want to see Kim Kardashian dating? Or, should Kim stay single? Let us know what you think in the comments. Come back to TV Shows Ace for more news on all of your favorite Keeping up with the Kardashians stars.