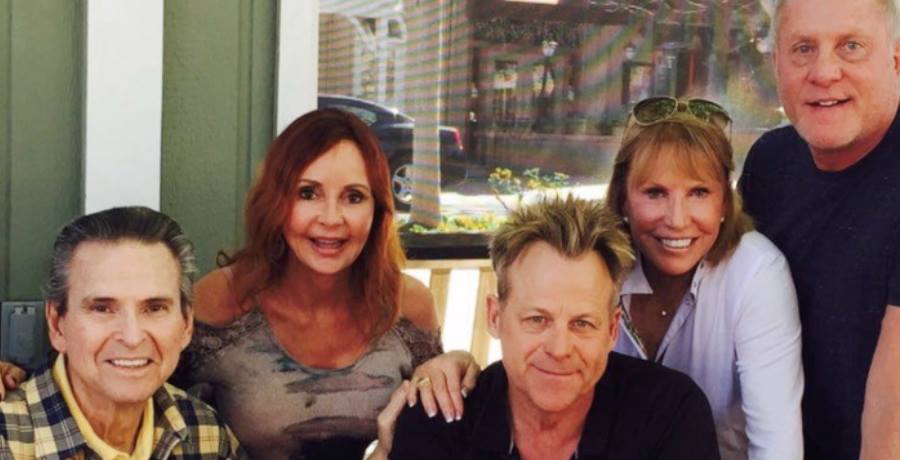 Stars of General Hospital are taking to social media to remember Stuart Damon after hearing of his death. On Tuesday afternoon, news emerged that Damon had died at the age of 84. Over the years, Damon played a prominent role on General Hospital. He’d played Dr. Alan Quartermaine for three decades and he clearly left quite an impression on his former co-stars.

A Major Loss For The ‘General Hospital’ Cast

Damon had not appeared regularly on General Hospital for quite a few years now. Despite that, his former co-stars clearly never forgot him. As viewers will remember, he returned for a few guest spots after writers killed off his character. Even now, there are frequent references to Alan among the various Quartermaine family members.

One of the first General Hospital stars to share condolences on Twitter was Laura Wright, who simply wrote: “RIP Stuart” along with including a heart and praying hands emoji.

Soon after the news emerged, Tristan Rogers (Robert Scorpio), tweeted, “It is with much sadness I heard of Stuart Damon’s passing. He brought a real steadiness to the Quartermaine family.” Rogers also added, “I enjoyed my scenes with him. Rest easy my friend.”

General Hospital cast member Eden McCoy (Josslyn Jacks), tweeted, “He makes me proud and thankful to be even a small part of this show.” In reality, McCoy, 18, wouldn’t have memories of acting alongside Damon in many scenes as Rogers did. However, she clearly knows Damon’s legacy and talent. Bradford Anderson (Damian Spinelli) simply tweeted a broken heart emoji as he retweeted a post about Damon’s death.

Nancy Grahn (Alexis Davis) worked with Damon over the years as well. After hearing the sad news, she tweeted her heartfelt praise too. “What a lovely, funny, talented Prince of a man. He truly was Charming. What a pleasure it was to work with his iconic self. Condolences to his family. RIP Stuie,” she detailed. The wording and capitalization seemingly referenced his decades-ago role as Prince Charming in Cinderella. In addition, she added a broken heart emoji.

Gone But Definitely Not Forgotten

Another touching post on Twitter came from Sean Kanan (ex-AJ Quartermaine). Kanan shared a photo showing the Quartermaine family from many years ago, showing the characters of Jason, AJ, Alan, Monica, Edward, and Lila together, “I am saddened to have learned that Stuart Damon has passed. Although we had lost touch over the years I will never forget his kind soul, zany sense of humor and talent. RIP Stuey Damone,” Kanan wrote.

General Hospital executive producer Frank Valentini also shared heartwarming sentiments on Twitter: “On behalf of everyone at #GH, I want to extend my deepest condolences to Stuart Damon’s family and all who loved him. Stuart was an absolute legend of our industry and he’ll be sorely missed.”

Additional General Hospital stars will surely share their own tributes to Damon in the coming days. Fans will be eager to see how the show plans to honor Damon’s time with the soap opera, and details on that should emerge relatively soon.

Here’s Why Jinger Vuolo’s New Profile Picture Has Everyone Freaking Out
‘Counting On’ Fans DRAG Jeremy Vuolo For Latest Video
‘LPBW’ Jackson Roloff Has What It Takes For His Own Show?
Tayshia Adams Did What? Zac Clark Spills The Tea
Danielle Busby Shows Us Why Parker Is NOT A Morning Person