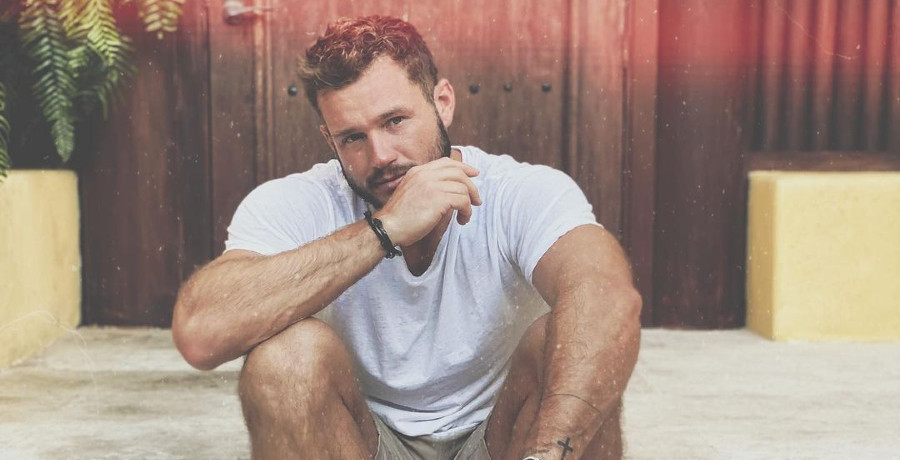 Wait, Colton Underwood got a PPP loan??? For what? See his response to the backlash.

During the coronavirus pandemic, eligible companies were granted so-called PPP loans to help with payroll and other costs. In the year since the height of the pandemic, many big-name companies have come under fire for getting the loans.

Earlier this year, investigative newsroom ProPublica began releasing names of recipients of PPP loans. The Payroll Protection Program was meant to give small businesses a boost amid the coronavirus pandemic. However, a large portion of the money earmarked for small businesses went to large corporations.

Now Reddit sleuths discovered that several Bachelor Nation alums received the loans for their influencer businesses. TMZ reports that Tayshia Adams, Colton Underwood, Evan Bass, Arie Luyendyk Jr., and Lauren Burnham are among those who received the loans. Clare Crawley’s fiance, Dale Moss, applied for the loan but has yet to receive the money.

Tayshia, Dale, Arie, and Lauren seemingly filed on behalf of their influencer businesses. Evan Bass secured the loan for his physician business. However, Colton Underwood’s application was for his Legacy Foundation. Additionally, he received 11K compared to the 20K the others received.

What Does Colton Underwood’s Charity Do?

Colton Underwood started Legacy Foundation in 2015, long before he was on the ABC dating show. The foundation specializes in giving support to people with cystic fibrosis. The foundation was inspired by Colton’s cousin Harper, who was born with CF.

The Legacy Foundation’s official website describes the purpose of the foundation as “providing resources and equipment” to help people with cystic fibrosis live fuller lives.

Colton Underwood went on to appear on The Bachelorette in 2018. After not finding love with Becca Kufrin, he took another chance at love on The Bachelor. Earlier this year, he made the shocking announcement that he is gay.

The news about Bachelor Nation alums getting PPP loans did not go over well. Especially for Arie Luyendyk and his Instagram Husband business. Arie and Lauren’s purchase of a second home in Hawaii earlier this year is under scrutiny from fans. Many people are weighing in, even other Bachelor Nation alums.

Season 21 Bachelor lead Nick Viall took to his Twitter to share his thoughts on the PPP loan scandal. Nick has strong ties to the franchise, even appearing on Katie Thurston’s current season of The Bachelorette. He also has strong opinions on his co-alums taking out PPP loans. He dragged them in a blunt post on Twitter.

While admitting that the loans weren’t technically illegal, Nick slammed those alums getting the loans as “savvy and sh!tty.” He specifically shared a tweet focusing on Arie Luyendyk.

Some fans took up in defense of the loans, citing privacy concerns. However, Nick Viall stood his ground, saying that he “chose not” to apply for the PPP loans because he felt it was wrong.

Colton Underwood Defends Himself, Says He ‘Doesn’t F*ck With’ the Franchise Anymore

Colton Underwood disagrees with Nick Viall. Furthermore, he sees himself and his foundation as different from the influencers. The Bachelor Nation alums who received the PPP loans are getting a lot of hate. Colton Underwood took to his Instagram Stories to defend himself.

He doesn’t appreciate being “lumped in” with the others. According to Colton, he doesn’t “make a dime” from his non-profit. In perhaps the most shocking part of his statement, Colton Underwood distances himself from the entire franchise.

Do you think Colton Underwood was unfairly lumped in with the other alums getting a PPP loan? Share your thoughts in the comments below.

Check back with us for updates on Colton’s upcoming Netflix documentary.