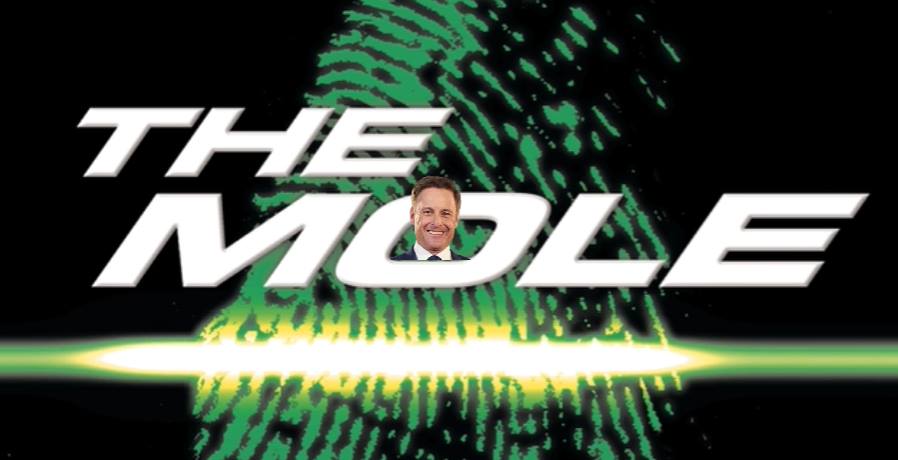 ABC should tap Chris Harrison to host a reboot of The Mole.

Note: This is an opinion piece. The opinions are only that of the author and do not reflect the site as a whole. Thank you.

Everyone is wondering what former Bachelor Nation host Chris Harrison’s next move will be. I started binge-watching an ABC game show from the early 2000s that just dropped on Netflix. The Mole features a young Anderson Cooper as host of the betrayal-laced adventure competition. And it dawned on me that Chris Harrison would be the PERFECT person to host a reboot of The Mole. Read on to find out why.

What is The Mole?

The Mole is a reality competition that aired on ABC sporadically from 2001 until 2008. The premise of the show is the contestants complete group challenges (‘tests’) to earn money for the team. One person walks away with all the money at the end. The twist is that one of the contestants is working against their teammates, AKA ‘The Mole.’

After completing a quiz about who they think the mole is, one contestant is eliminated (‘executed’) every week until there are two left – the winner and the mole. The first two seasons featured regular people as contestants. Seasons 3 and 4 were rebranded as Celebrity Mole with celebrities as contestants. The show returned to ‘civilian’ contestants for the final season.

CNN anchor Anderson Cooper is known for his hard-hitting journalism. But years before his broadcasting career took off, he hosted Seasons 1 and 2 of The Mole.

Sportscaster Ahmad Rashad hosted the Celebrity Mole seasons. There was a four-year gap between seasons 4 and 5. The network brought in sports journalist Jon Kelley for the final season.

Last week, Netflix made the surprising announcement that the first two seasons – featuring Anderson Cooper – are now streaming. In the comments to the post on Facebook, many people are calling for a reboot.

Players work as a team to win money … but one of them is secretly working against the group, sabotaging the game.

Two seasons of The Mole hosted by @andersoncooper are now on Netflix pic.twitter.com/cpzKHoiETA

Chris Harrison has been hosting the various Bachelor franchise shows for 19 years. But that all came crashing down after his disastrous interview with Rachel Lindsay back in February. He was attempting to defend Bachelor Season 25 contestant Rachael Kirkconnell attending an antebellum-themed party while in college. The ensuing backlash led to the longtime host taking a step back.

But earlier this month, he made the shocking announcement that he won’t be returning after all. He took a multi-million dollar payout.

What’s His Next Move?

Many fans are upset about Chris Harrison’s exit. They are hoping that ratings for Season 17 of The Bachelorette plummet, canceling the whole franchise. While that is unlikely to happen, his next move is a hot topic these days.

A new report suggests that Chris Harrison is plotting his own dating show for another network. In the meantime, he is living it up in Texas.

Why Chris Harrison Should Host a Reboot of The Mole

Reboots are in at the moment. ABC network has several reboots of popular ‘80s game shows such as Press Your Luck, Match Game, and The $100000 Pyramid. Earlier this month, a reboot of The Celebrity Dating Game premiered. Former Bachelorette Hannah Brown appeared on the first episode. However, instead of Chris Harrison hosting, actress Zoey Deschanel and musician Michael Bolton host.

One thing Chris Harrison’s fans feel is missing without him is his calm, reassuring presence. As host, he was often the sounding board for both contestants and leads.

In the first two seasons of The Mole, Anderson Cooper showed similar kindness toward contestants. In fact hosting The Mole would mean more airtime for Chris Harrison than he ever got during Bachelor franchise episodes.

One thing potentially standing in the way of him taking on a hosting job at ABC is his tense departure. However, by the time his non-compete clause is over, perhaps his exit will be water under the bridge with the network.

ABC hasn’t expressed any interest in rebooting The Mole. There’s always a chance they will notice the surge in interest from Netflix streaming the first two seasons. Or Netflix could consider rebooting the show on their own.

Do you agree that Chris Harrison would be a great host of a reboot of The Mole? Share your thoughts in the comments below. Don’t forget to share this article to help gain traction for the idea of a reboot.

Check back with us for all the latest TV news.