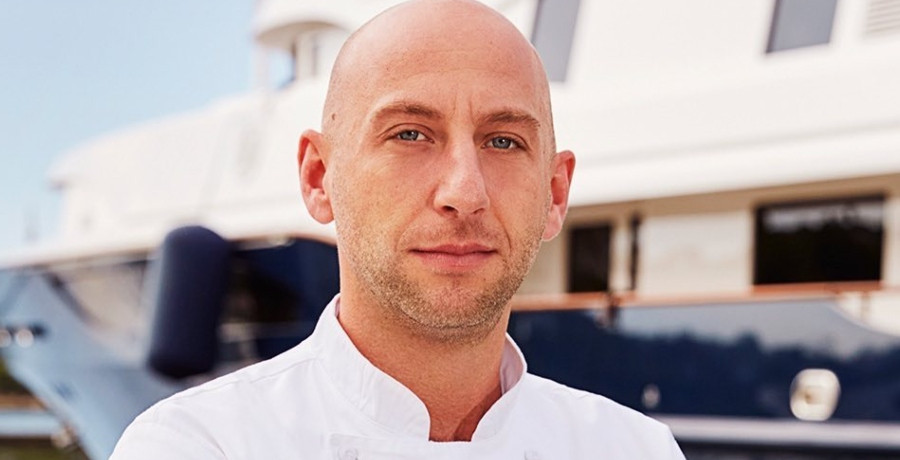 Man down! Below Deck Med Season 6 is already down a person. The season premiere kicked off in the most dramatic and unusual way. For the first time in Below Deck history, there was no chef available during the first charter. Chef Mathew Shea made his debut on the show due to a knee injury.

Fans are wondering whether the new chef was really injured or whether he was anxious about getting to work. The charter season depends on his ability to cook, but is he already leaving the show? On day one, Chef Mathew appeared motivated to work, but then he felt nervous the following day. He shared that he couldn’t sleep and was unable to prep meals for the first charter guests but his knee impacted his ability.

Captain Sandy Yawn was shocked by the news. However, she agreed to arrange a medical check-up for Chef Mathew. He left before the guests arrived to get an MRI for his injured knee. While Mathew prepared lunch for the guests, the crew had to make dinner in his absence. Sandy asked for a sous chef from a nearby boat to help out with dinner.

However, she got more than she bargained for. A woman named Dunska admitted that she was only the chef’s assistant, not a sous chef. She told Sandy that she couldn’t cook lobster and that she didn’t know what she was cooking half of the time. Sandy and Duska ultimately agreed to make steak and oysters instead.

Of course, that didn’t go well. The charter guests were not pleased with the food when it arrived at their table. They noticed that the food did not live up to five-star standards. It got even worse when the steak arrived. Most of them gagged, exclaiming that it was raw and chewy.

The disappointed guests asked to see Sandy after dinner. They huddled together to exclaim how awful the food was. While they knew that the crew was down a chef, they felt they still should’ve gotten five-star service. One of them told Sandy, “We’re on a superyacht. A superyacht! A superyacht!”

Who is Chef Mathew Shea?

According to Mathew Shea, he’s worked with a high-end clientele that includes the likes of Hugh Jackman and Rupert Murdoch. Apparently, he’s worked as a chef for many years. It sounds like the Below Deck Med crew is missing out if Chef Mathew has to leave the yacht. Since the interior team couldn’t order catering or bring the guests to a restaurant, they had to scramble and make dinner themselves.

Will Sandy have to hire a new chef if Mathew’s test results don’t come back in time? That also may mean that he will have work while medicated. Fans know how that ended in the previous season. If Sandy doesn’t resolve this situation, she may have to cancel the rest of this charter.

During her appearance on Watch What Happens Live with Andy Cohen, Sandy teased the next episode. She revealed that she didn’t like working with Chef Mathew. She called him “lazy” and explained that he has the “biggest problem with authority.” Andy asked Sandy which crew member was the biggest kiss-up, to which Sandy said “the chef” without saying the person’s name.

Stay tuned to see if Chef Mathew will make it through this season. Below Deck Med airs Mondays at 9 p.m. ET on Bravo. New episodes also come out a few days earlier on Peacock.