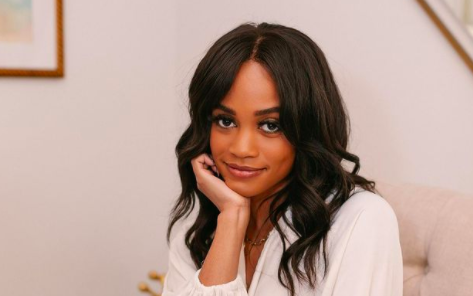 Rachel Lindsay and her husband, Bryan Abasolo have been married since 2019. Now, he’s giving fans the scoop on what his wife is like.

Rachel and Bryan may have been together for a while now, but he is still head over heels for her. According to People, he reveals in an interview that she was a triple threat to him.

“I feel like for me, in my situation, Rachel just had like, an X factor, you know? She was a triple threat: brains, beauty, personality, great sense of humor,”  Bryan reveals. “She was a professional, she had a career, everything on paper was top notch, everything I could ever want in a woman, an engagement and a wife, everything. But the thing is, like, she keeps me on my toes, right? She challenges me to be a better man and I feel like guys need that.”

How sweet is that? He definitely seems in love with his wife. Rachel is so passionate, it’s great she found someone that loves her for that and isn’t intimidated.

Of course, Rachel gives attitude sometimes. But, even then Bryan loves her and knows he needs the sass sometimes.

Jason, who recently got engaged to another Bachelorette alum, Kaitlyn Bristowe chimes in and agrees with Bryan. Apparently, these men need some sass to keep their lives in order and these women provide them exactly with that.

“I even told Kaitlyn the day that we podcasted, because I referenced a lot of the podcast when I proposed to her, the first one. I was like, ‘I need someone to tell me to f— off,'” he says.

He continues to explain it even further.

“What I meant by that was I need someone to meet me in the middle and, you know, tell me right versus wrong … like, ‘You’re doing too much of this,'” he reveals. “I just need a unit where it’s 50/50 and we’re partners. And Kaitlyn certainly brings that, so I could imagine Rachel does the same.”

It sounds like these men have really found their soulmate in the Bachelor Nation women. Hopefully, Katie Thurston will have the same happy ending once her season of The Bachelorette comes to an end. It’s already been a wild season so there’s no telling where it will go.

Do you like Rachel and Bryan? Let us know in the comments. Come back to TV Shows Ace for more news on all of your favorite Bachelor Nation stars and couples.