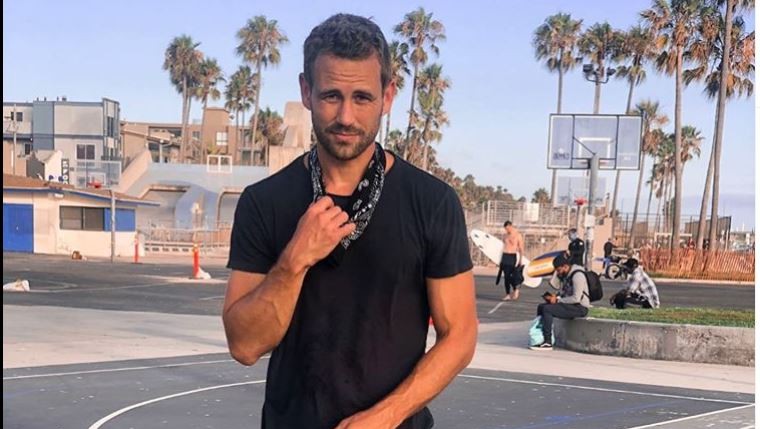 One villain left and another immediately took their place. This is what happened on The Bachelorette with Katie Thurston. The minute the first villain, Karl, was ousted by Katie, Thomas Jacobs took his place. The house turned against Thomas and wanted him out. Nobody believes he’s there for the right reasons. Thomas even said he’s thought he’d join the show for the experience and possibly be The Bachelor. Now, Nick Viall is sharing his thoughts on that bold statement.

What does Nick Viall think about Thomas Jacobs

US Weekly shared what Nick Viall had to say about Thomas Jacobs. So, what does Nick think about Thomas admitting he had thoughts of possibly being the next Bachelor? Nick said, “No one talks about it out of fear of what happens. It is bulls—t, right? Every guy [has] thought about [being the Bachelor].” He continued saying, “I don’t know how it was before [because] in the past, I think people genuinely came for the experience, but social media has changed it.”

He continued to say, “What always happens is first your friends, like, they’re excited you’re on the show. And then your friends are like, ‘Well, oh, my God, imagine you could even be the next Bachelor.” Nick said, “And I honestly think everyone’s sincere reaction to that and [mine was], like, ‘No, that’s never going to happen. That’s crazy.’ And that was my sincere thought too. And I remember when Andi broke up with me and I’m in the Dominican Republic and I was just a mess, but I had a thought of … ‘I mean, wow, top two, like, I wonder if I have a shot of being the Bachelor?’ Of course, you think about that stuff.” 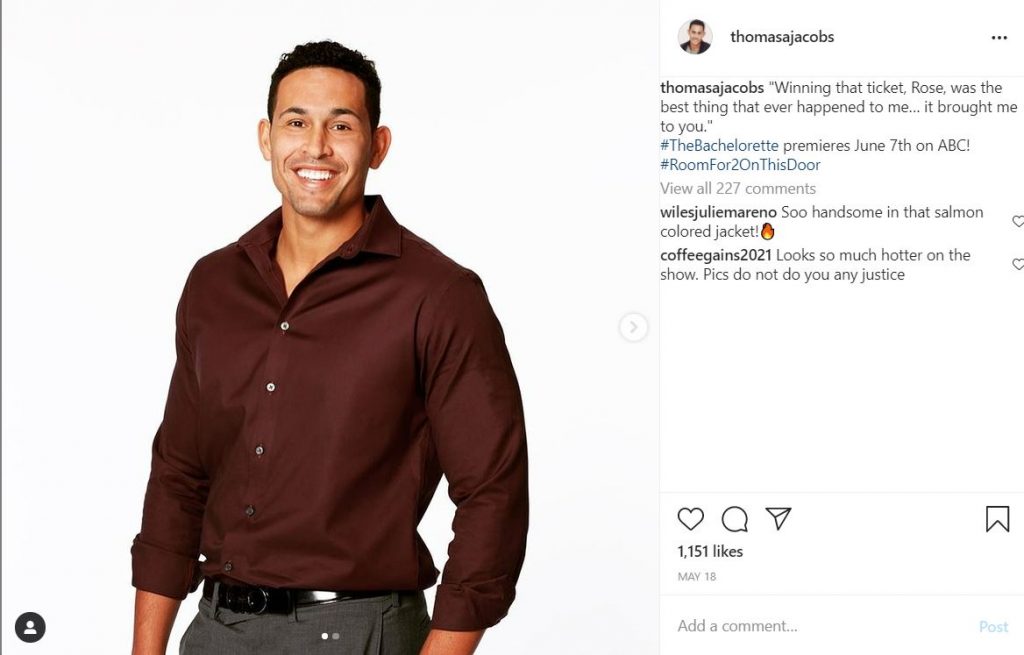 What did Thomas do?

Thomas first brought on hate among the other men when he admitted his initial intentions were not pure. The information came out when Nick was hosting a group date with Katie and some of the men. The bad part is Katie seemed to really like Thomas. However, in the end, she let him have it at the rose ceremony. She accused him of lying and being manipulative. Then, she sent him packing.

So, Thomas did leave without a fight. Will fans be seeing him on Bachelor in Paradise? The cast list for Paradise should be released sometime soon.

What did you think about Thomas getting the boot in an epic way from Katie?