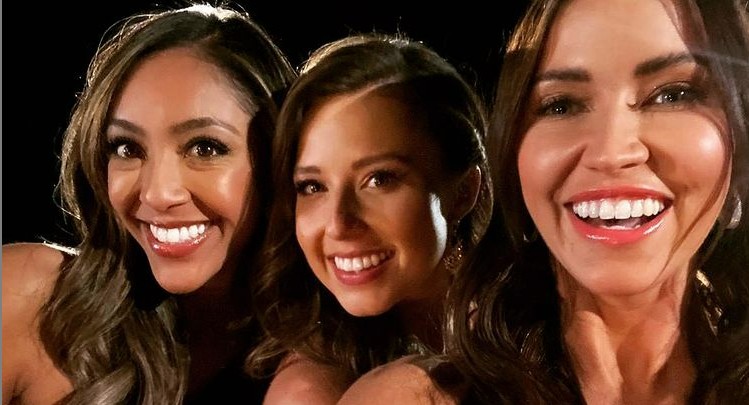 A fan theory is floating around about how Katie Thurston gets to her final rose and who she gives it to. So far fans know for sure her season of The Bachelorette wrapped up filming a week early. However, nobody seems to know exactly what happened to get to that point. Now, there is a theory that actually makes a lot of sense and also lines up with a few things Katie has said. Keep reading to find out but remember some spoilers are ahead!!

Every season there are different theories about what goes down on the show. With the show being filmed at an exclusive resort it’s been harder for spoilers to get leaked. It took a bit but Reality Steve has disclosed who wins Katie’s final rose. However, he has no idea how she got there. Enter die-hard fans who seem to have a pretty solid theory. Remember, this is just speculation and not necessarily fact.

Monsters and Critics shared the theory that is making the rounds in regards to Katie’s big ending. It’s not a secret she wrapped up her season an entire week early, but why? Some of the early favorites for Katie’s season are Greg Grippo, Connor Brennan, Justin Glaze and the two Micheals, Michael Allio and Michael Planeta. Of course, fans will also see Blake Moynes enter the resort tonight.

According to Reality Steve, the final four will be Greg Grippo, Justin Glaze, Andrew Spencer and Blake Moynes. So, what happens now? A Reddit user says they have gotten confirmation that Katie does not end up with her original number one choice. According to this fan, Katie plans on choosing Greg. However, he reportedly self eliminates. She won’t pull a Colton and chase after him. Instead, Katie goes with her second choice which is reportedly Blake Moynes.

Previews indicate that Blake is here for a while. He makes a big gesture from Say Anything by standing outside her window holding a boombox over his head. There are also several scenes of Blake and Katie making out. Time will tell if this fan theory plays out.

Don’t miss tonight’s big debut of Blake on The Bachelorette.