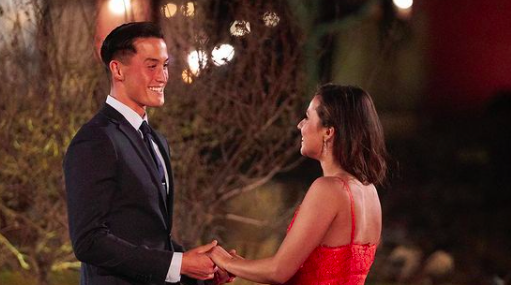 Katie Thurston has had to make some tough decisions and send some men home. John Hersey wrote a tribute on his Instagram and it is too sweet.

Last week Katie Thurston sent home John Hersey and fans are certainly not happy about it. However, John shared an Instagram post today that shows just how happy he is, despite his early send-off.

“I honestly have not stopped smiling since that first hello out of the limo,” John starts his message.

After thanking his fans for their support, he goes on to talk about his bond with Katie.

“@thekatiethurston you are an extraordinary human, and I’m so honored to have crossed paths with you for this experience,” he shares in his caption.

He follows that up by thanking all of the guys he was on the show with and for the team at Bachelor Nation for getting him through the show.

“And thank you to every single one of you who has reached out to me throughout this process – the love is felt (and 100% reciprocated)!! This is not a goodbye! Just see you soon…,” John finishes.

Fans were gutted to see him leave, however, now they have a new idea. Since everyone knows Michelle Young is the next Bachelorette, fans are begging John to go to her season and fall in love with her instead.

He’s not the only one

While John’s goodbye was emotional for many fans that liked him, there is another goodbye that’s standing out, but for a whole other reason.

Thomas Jacobs was sent packing tonight after revealing he wanted to be The Bachelor. He shared this with other men in the house who took this very seriously and ultimately told Katie what was going on.

In an attempt to keep his spot on the show, Thomas told Katie everything she wanted to hear. Of course, this did not fly with her and she was more than happy to show him the door at the rose ceremony.

“You told me things I wanted to hear,” Katie says. “But what I learned about you tonight is that you’re selfish, unkind, and a liar. Your Bachelor audition ends tonight… so get out.”

Obviously, this was not a great way for Thomas’s time on the show to end. It also seems safe to say he will never, ever make an appearance as The Bachelor. Perhaps Katie should’ve kept John longer and sent Thomas packing.

Were you sad to see John leave The Bachelorette? Do you want to see him next season? Let us know in the comments below. Come back to TV Shows Ace for more news on all of your favorite Bachelor Nation stars.