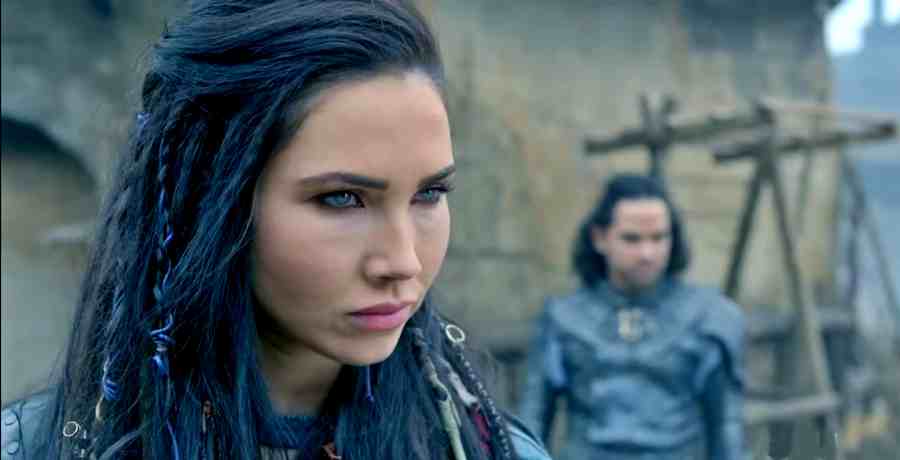 The popular The CW show The Outpost is returning for Season 4 soon, along with all the original cast members. It has been one of the most successful shows for The CW, with an excellent storyline and characters. Fans will remember that Season 3 ended with a mind-blowing cliffhanger in March 2021. However, they can now rejoice as Season 4 is officially coming soon. Read on to find out more.

The Outpost returns for Season 4 on The CW

After the cliffhanger at the end of Season 3 of The Outpost, fans have been impatient to find out what happens next. After all the chaos of the season, the United were all cured. On top of this, Falista (Georgia May Foote) was found to be alive. Meanwhile, everyone, including Zed (Reece Ritchie), Garret (Jake Stormoen) and Wren (Izuka Hoyle) were on bended knee to Talon (Jessica Green) as their new queen.

While all this was happening, Two and Three gazed on from a nearby hillside. Now united, the black and white kinjes zoom through a secret structure where they “release the gods.” After seeing the new queen crowned, many viewers have a lot of unanswered questions and they hope to learn more in the upcoming season.

When and where can you watch the new season?

So far, we know that Season 4 of The Outpost will run over 13 episodes. The Futon Critic reports that the season premiere will air on The CW on July 15 at 9 pm ET. Fans can watch the show by downloading The CW app from Google Play Store an Apple’s App Store. Alternatively, the show is also available on other devices, including Amazon Fire TV, Roku, Chromecast, Vizio Smart TV, Android TV, Apple TV, AirPlay and Xbox One.

Plot teaser for Season 4 of The Outpost

Gwynn’s death and the result of Talon becoming queen are sure to shake things up. However, this doesn’t mean all Talon’s problems are gone.

Her claim to the throne will surely be challenged, but her worst threat is that the gods are now awake. They will certainly want to make drastic changes in everyone’s lives. In fact, Season 4 will likely turn out to be the most intense yet on The Outpost.

Cast of The CW show

Season 4 of The Outpost will feature all the original cast members, including Jessica Green at Talon. Izuka Hoyle will return at Wren, while Jake Stormoen is back as Garret. Also, Reece Ritchie will return for the fourth season as Zed, while Georgia May Foote will play Falista again.

So far, there is no sign of a trailer for Season 4 of The Outpost, but we include the Season 3 trailer as a refresher.