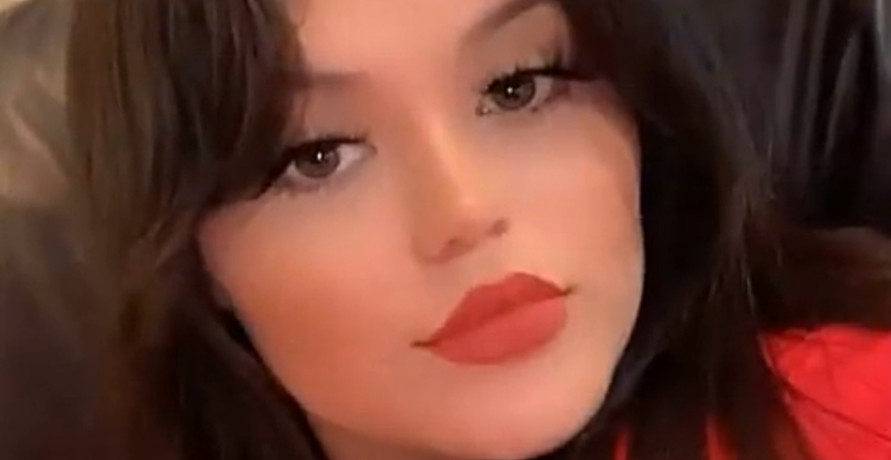 Ethan who? A month after ending her relationship with baby daddy Ethan Ybarra, Myrka Cantu is feeling herself. She shared a series of sizzling snaps on her Instagram Stories. See them for yourself down below.

Myrka Cantu and Ethan Ybarra appeared on Season 4 of Unexpected. The high school sweethearts became teen parents, welcoming daughter Attalie in June 2020. The couple was seemingly still together at the time the Tell All was filmed, but there was trouble in paradise by the time the episode aired on TLC. Rumors abound in May that Ethan and Myrka were done.

They both confirmed the news on their respective Instagrams. The split seemed to be mutual and cordial at first, but recently took a nasty turn with threats of custody battles and insults hurled.

While Ethan Brags About ‘Thirsty’ Fans, His Ex is Out Here Living Her Best Life

Shortly after the split, Ethan Ybarra started sharing snapshots of some of the flirty DMs he had been getting. Even now, a month after the breakup, he seemingly taunts Myrka by sharing screenshots of girls sliding into his DMs.

In one recent Q&A on Instagram Stories, Ethan answered a fan’s explicit inquiry as to whether he goes down on girls. Since it was on his IG Stories, the post disappeared after a few hours.

For the most part, Myrka Cantu has ignored Ethan’s attempts to make her jealous. The former couple did recently put their issues aside to celebrate their daughter Attalie’s first birthday. And according to Ethan’s IG Stories, he does pay child support.

Myrka Cantu is busy raising her daughter alone and finishing up high school. Around the time of the split, she started going to the gym every morning, working on losing the baby weight. However, she recently told her Instagram followers that she stopped going to the gym.

In fact, it seems she is embracing her fuller figure. She often fields hate from followers calling her ugly. But no one can deny her beauty in these sizzling photos.

She also shared a short clip of her posing in front of a full-length mirror.

TLC has yet to announce another season of Unexpected. But Myrka Cantu has zero plans at the moment of ever returning to the show. Who do you think is living their best life post-split – Myrka or Ethan? Share your thoughts in the comments below. Let us know how you feel about Myrka Cantu’s sizzling snapshots.