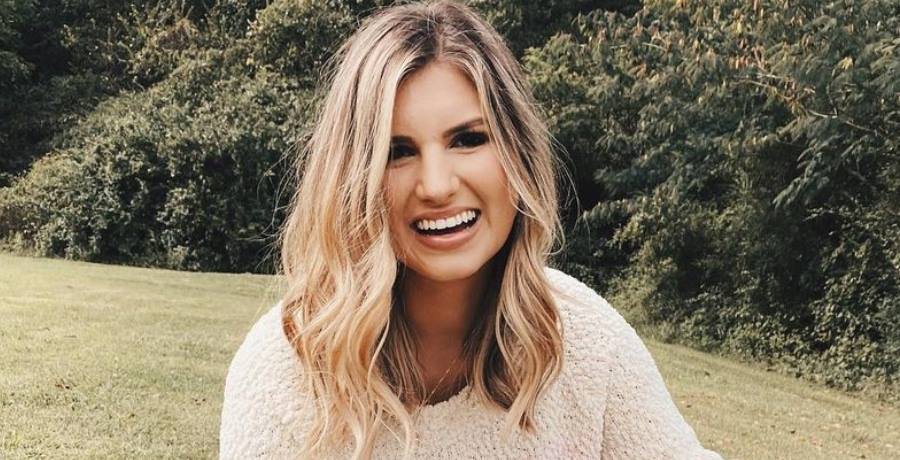 Fans think Carlin Bates has baby fever and think she may announce a new one on the way soon. Layla Rae Stewart, Carlin’s first child with her husband Evan arrived on January 31, 2020. Most new mothers start wanting to give their little one’s a sibling once they get out of the initial baby stage.

Now since Layla just turned a year and a half fans think Carlin may be itching for another one. She wouldn’t be alone as the Bates have had a baby boom recently.

In a comment on Tori’s picture, Carlin said, “you are perfect.” In another comment, she said, “you are beautiful!” She also gushed on the other two new arrivals’ pictures. Fans think all her comments and gushing are proof she wants to give Layla a baby sister or brother. They are expecting her announcement to come any day now.

Back in March, Alyssa Bates welcomed her fourth child, Maci Jo. Then Carlin captioned a picture holding the baby saying, “baby fever is real, ya’ll.” That was three months ago. Her temperature for babies has probably only been rising with all the new bundles.

In pictures with Evan and Layla, Carlin looks right at home as a mom. Matching her baby girl’s pajamas, she captioned it, “may you never get too old for mom and daddy’s kisses.” In another post where she and Layla are having fun, she captioned it, “here’s to baby giggles, sleepy time cuddles, and all the little joys that come with this stage of life!” It’s clear Carlin loves being a mom.

What Do Fans Say About Baby Fever?

The Duggar-Bates Confession Instagram also thinks Carlin Bates has baby fever. The fans agreed in the comments. One said, “nothing wrong with that. Biology kind of does that sometimes lol.” Another said, “no doubt, with all the new babies, how can she not?” Several agreed if they were in her family, they too would have baby fever.

In some adorable pictures, Carlin shared with Layla the two are in matching overalls. She commented with a poem that started, “Tiny hands will one day grow. But I hope one thing you still will know. That wherever you are and whatever you do. I will always be right there for you.” Fans loved it saying she was the cutest mom.

What do you think about Carlin Bate’s baby fever? Could she already be pregnant? Comment with your thoughts down below.