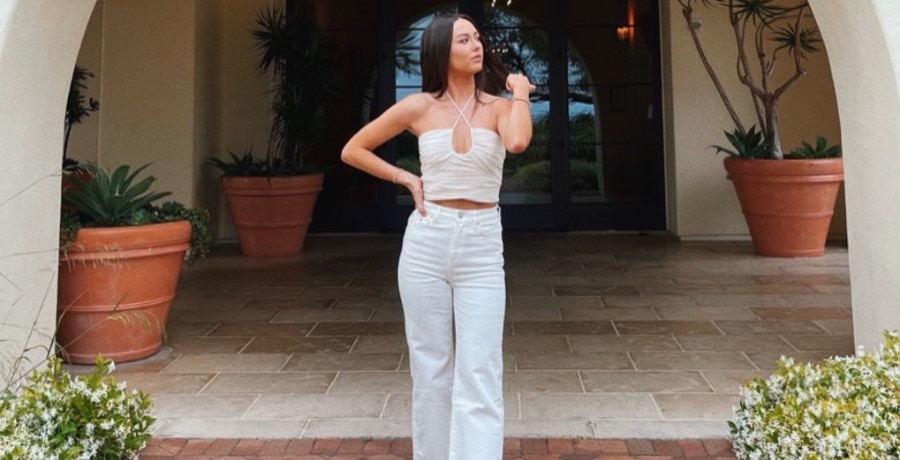 Abigail Heringer is one of the most popular Bachelor Nation alums from Season 25 of The Bachelor. She is among the rumored contestants for Season 7 of BiP. ABC has kept a tight lid on most of the details. Did Abigail Heringer just confirm that she is a contestant on this summer’s Bachelor in Paradise? Why do fans think so?

Each contestant on The Bachelor or The Bachelorette has something that sets them apart from the other contestants. They usually reveal it upon exiting the limo and meeting the lead for the first time. For Abigail Heringer, the thing that sets her apart is that she’s deaf. She does wear cochlear implants, which helps with communication.

However, she was still the first deaf contestant in the history of the franchise. Extraordinarily sweet, she quickly became a favorite with viewers. Abigail didn’t win Matt James’s heart, but fans were hoping she would get another chance at love as The Bachelorette.

With Abigail as Bachelorette not happening, fans turned their attention to Bachelor in Paradise.

Bachelor in Paradise last aired in 2019. Due to the coronavirus pandemic, the show couldn’t film in 2020. But ABC confirmed months ago that BiP is definitely happening this year. The question then became – with Chris Harrison leaving the franchise, who will host? With the focus on the hosting duties, the network has yet to reveal which Bachelor Nation alums will head to Paradise.

Now that the hosting has been squared away with rotating celebrity hosts, fans are just waiting for an announcement on the cast.

That’s where Reality Steve thrives. His inside sources gave him the names of 30+ alums who were in Mexico filming BiP the last few weeks. There has yet to be official confirmation, but eagle-eyed fans have noticed who hasn’t been posting on Instagram and who hasn’t.

Abigail Heringer’s last Instagram post was in late May. She was at the Terranea Resort in Southern California. Several other rumored contestants mysteriously disappeared from social media for weeks at a time.

Did Abigail Heringer Just Confirm She’s On Bachelor in Paradise?

Abigail Heringer returned to Instagram after five weeks with what could be a hint of where she was. She posted a photo with three of her girlfriends, including contestants from Season 25. The ladies look to be back in New York City. Abigail moved to the Big Apple shortly after Matt James sent her packing on The Bachelor.

But it was the caption alongside the photo that caught our eye. “Back like we never left 🤩.” Back from… where? Did she just drop a huge hint that she was away filming Bachelor in Paradise? Many of her followers wondered the same thing and mentioned the show in the comments.

One of the rumors coming out of Mexico is that Abigail Heringer finds romance with Noah Erb from Season 16 of The Bachelorette. He may have confirmed those rumors by dropping a comment calling Abigail and the other ladies “Royalty.”

But not so fast, says Reality Steve. He saw the social media posts, too. He took to his Twitter to caution Bachelor Nation fans about “social media deception.” Not everything on Instagram is posted in real-time, he points out. Nor does it necessarily mean that Abigail Heringer just came home from BiP.

We’ll find out in August when the show finally returns. Do you think Abigail Heringer and Noah Erb really hooked up on BiP? Could they be the winning couple?

Share your thoughts in the comments below. Tune in to ABC on August 16, 2021, when Bachelor in Paradise Season 7 kicks off. Check back with us often for updates on the official cast list from ABC.