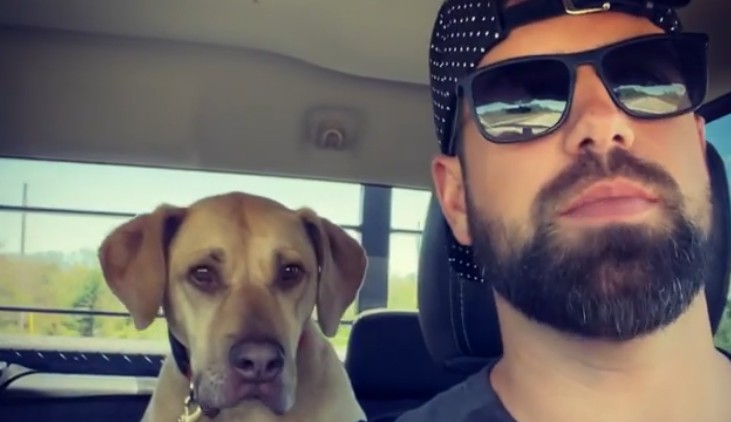 When a former contestant shows up it can go either way if fans and fellow contestants will be accepting of the change. It’s been teased for weeks now that Blake Moynes will crash Katie Thurston’s season of The Bachelorette. Many thought perhaps he would show up last week but he didn’t. Now, it’s been confirmed his big debut will be Monday night. It looks like fans can’t wait to see this alum swoop in and try to win Katie’s heart.

Cosmopolitan reported on the news that fans are anxious to see Blake crash the party. This comes as a surprise mainly because he was just on Tayshia Adams and Clare Crawley’s season of The Bachelorette. Plus it might be kind of awkward since Tayhia is co-hosting this season. However, Tayshia has hinted he reached out to her about Katie.

Nick also revealed that Blake was on set already when he was hosting the group date with Katie. No doubt the men won’t be very welcoming when he shows up Monday night. Promos have teased a shocking rose ceremony. Will it involve Blake? Everyone will see it play out Monday, however, Nick seems to think Blake will last awhile on the show.

Fans on Twitter are anxious to see Blake show up. One fan said, “GIVE ME BLAKE MOYNES BABYYYYY @BlakeMoynes #TheBachelorette.” Another said, But on a serious note, when do we get @BlakeMoynes? #TheBacheloretteABC.” Many more fans tweeted similar feelings.

There are some fans who remain skeptical, however, the majority seem to be here for the Blake/Katie story. Katie seems to be forming strong connections with a few different men. Is Blake showing up too late?

Fans who really want to know how far Blake goes can click here to give you a hint. It will be interesting to see how it all plays out.

Are you team Blake?