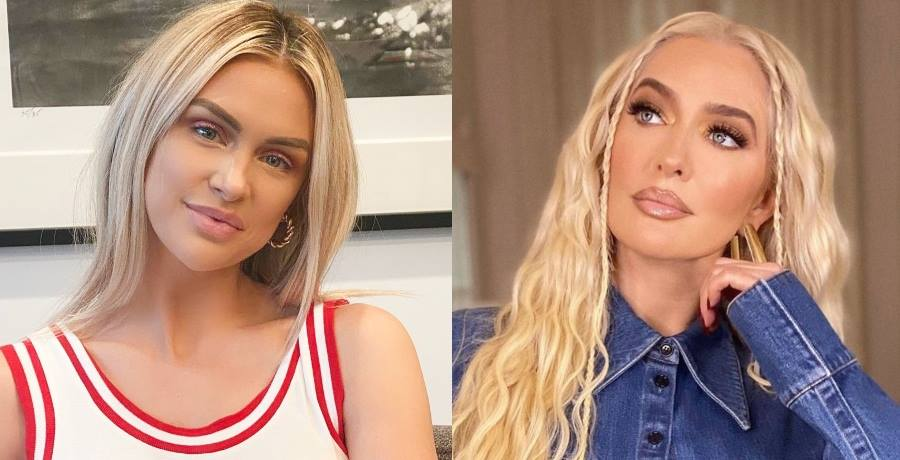 Lala Kent threw shade at Erika Jayne in a new interview. The Vanderpump Rules co-star opened up about joining The Real Housewives of Beverly Hills. The brutally honest reality star couldn’t help but throw shade at Erika Jayne’s ongoing legal drama. Ever since Erika filed for divorce from her estranged husband, Thomas Girardi, their financial and legal has come to haunt them.

The couple is part of fraud allegations. Victims claim that the sneaky duo used the settlement money to fund their lavish lifestyles. Before throwing shade at Erika, Lala shared her thoughts on the cast of RHOBH. While she feels that they keep it real, she feels that the Pump Rules cast doesn’t have any known crimes.

Lala Kent spoke to hosts Jackie and Claudia Oshry on the Tuesday, June 22 episode of The Morning Toast. They asked the Give Them Lala founder if she would ever join The Real Housewives of Beverly Hills. Before throwing shade at Erika, she did shade the rest of the Housewives. She admitted that she was too young for the Bravo series.

“I would definitely do [RHOBH]. Of course. Who wouldn’t want to become a housewife? I mean, it’s a completely different level,” Lala said. “I’m still a little young for the space. I have a brand new baby. Maybe down the line, I would beg so into it, but then I watch the show, and those b****es don’t play. I’m tough in the space I’m in, but would I be as tough in that space?”

Lala feels that the RHOBH cast keeps it real most of the time. While she doesn’t feel that Pump Rules is a “watered-down version” of the show, she claims that “no one’s husband is robbing.” Lala was obviously throwing shade at Erika and Tom’s ongoing legal drama. Lala is currently engaged to movie producer, Randall Emmett.

Of course, Lala Kent isn’t the only one who feels this way. RHOBH fans shared similar sentiments after watching The Housewife and the Hustler on Hulu. As for Erika Jayne, she claims she’s cooperating in the legal case. However, she wants Ronald Richards removed from Tom’s bankruptcy case.

According to the attorney documents filed against her, she did not cooperate with the investigation into her financial situation. Now, the RHOBH co-star fired back, saying that she’s cooperating with the case and wants him removed from the legal proceedings. On Friday, June 25, Page Six obtained the court documents which reveal Erika “has been and remains willing to cooperate fully” with the ongoing case.

The reality star claims that Ronald is making “false and inflammatory social media posts and public statements” about her. Erika argues in the court documents that she “is not a media fiction. She is a real person with rights, including the right to be treated fairly in these proceedings based on actual evidence and the law.” Ronald released a statement, arguing that Erika and her legal team have not cooperated with the investigation into the alleged transfers she received from Thomas.

What do you think of what Lala said about Erika? Sound off below in the comments.