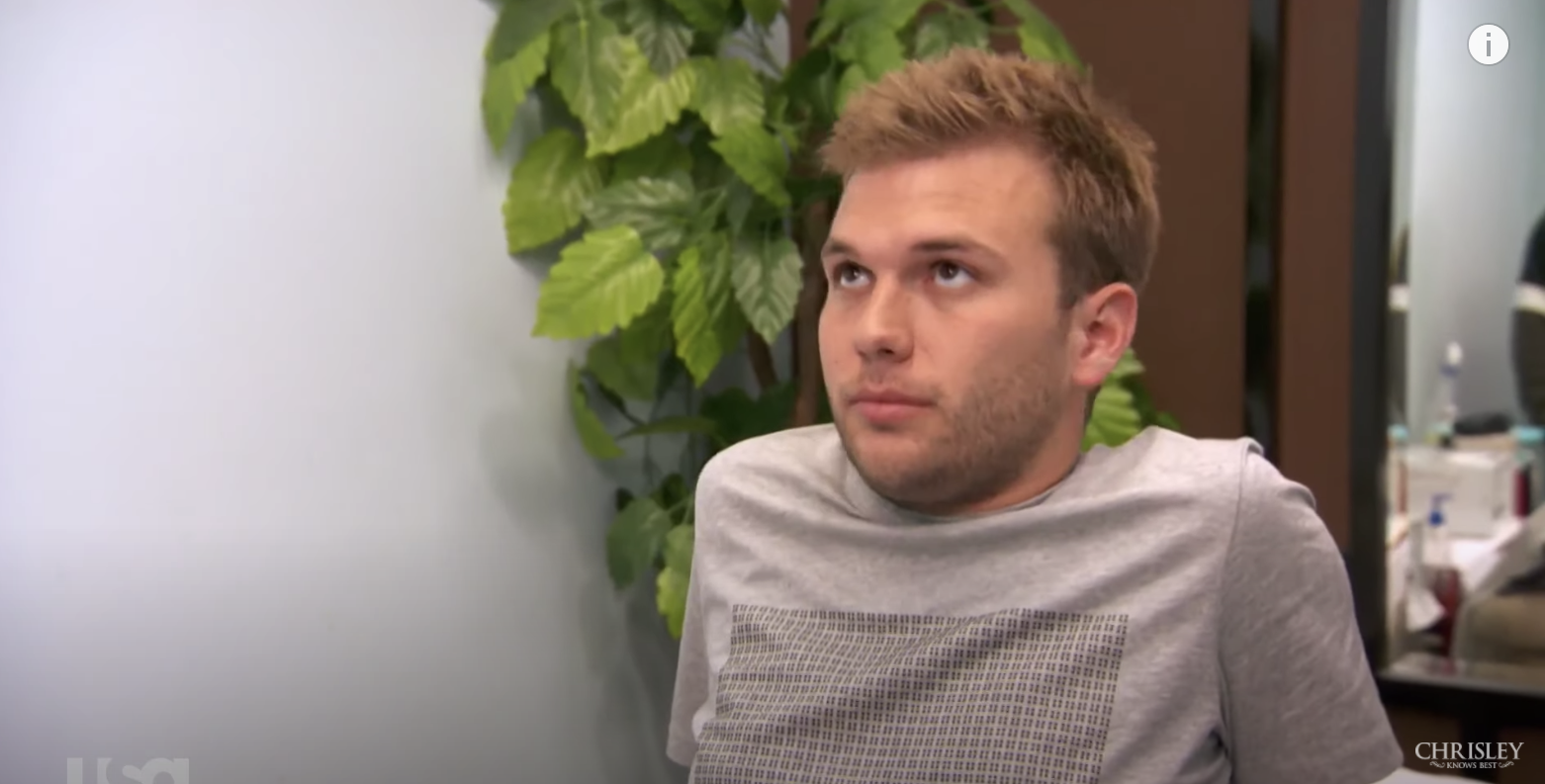 Chrisley Knows Best Chase Chrisley gets cut off and looks crazy while doing it. All of this happens while he’s hanging out with Savannah Chrisley’s ex, Nic Kerdiles. Keep reading to find out what Chase gets cut off from.

Recently, Nic Kerdiles takes to his Instagram to share that he is a hypocrite. Luckily, it’s not as bad as it could be. Nic explains in the caption. Nic writes, “That look you give when someone cuts a long exit line on the freeway and you go off on them.” That’s not all, “but you then realize that you’re a hypocrite and do the same thing.” Ultimately, Nic concludes with, “it just happened to be the day you waited your turn in line… 😂😆”

From the looks of Nic Kerdiles’ and Chase Chrisley’s Instagram profiles, the young men are spending a lot of time together. Which a lot of people find weird since apparently Nic and Savannah Chrisley aren’t together anymore. More recently, Chrisley Knows Best patriarch Todd Chrisley takes to Instagram in a short clip that shows him crashing “just another guys trip.” In the caption, he thanks Nic Kerdiles “for the video work.” In the comment section, Nic responds with, “Just does my heart good seeing chase in such a panic.”

Chase is cut off and looks crazy

From the looks of Nic’s Instagram Story, Chase is present during the moment when Nic proclaims that he’s a hypocrite. However, with the use of some creepy filter, the photos are hard to look at. However, from the looks of the photo below, Chase and Nic aren’t the only ones that get in on the filter fun. Nanny Faye looks nearly unrecognizable in a filtered photo.

In one photo, Chase’s nose is disproportionately large. Also, for whatever reason, Chase is flipping off the camera. The angle of the camera makes it seem like Nic is taking the photo from the front seat while Chase sits in the back seat. The caption reads, “Looks like he’s cut off @starbucks too…”

Next, Nic shares another photo of Chase using the same filter. However, this angle confirms that Nic is driving while Chase lounges in the backseat. Concerningly, it is uncertain why Nic chooses this filter for Chase. However, it does make for two entertaining photos.

What do you think about these creepy photos? Do you think it’s weird that Chase Chrisley and Nic Kerdiles seem to hang out all of the time? Let us know your thoughts in the comment section below. Make sure to come back to TV Shows Ace for more Chrisley Knows Best news.