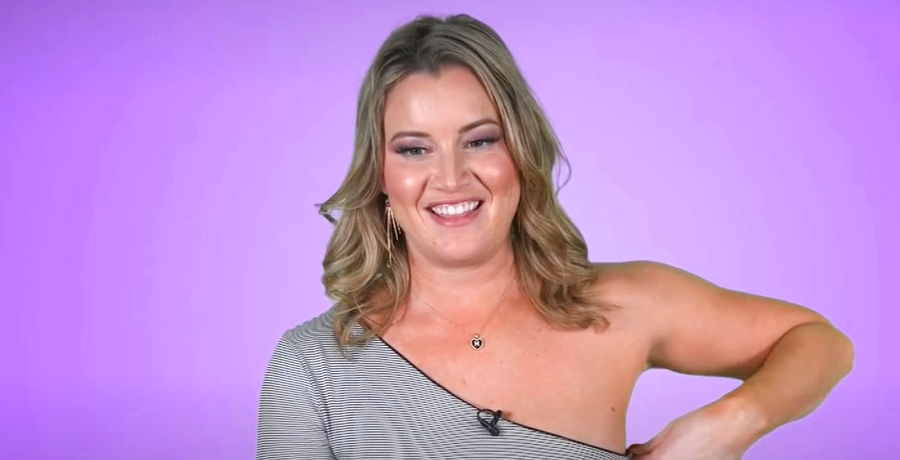 Hannah Ferrier has been keeping herself busy after her departure from Below Deck Med. In the middle of Season 5, Captain Sandy Yawn fired the chief stew for having unregistered Valium and CBD on board the superyacht. Hannah’s firing didn’t come without its share of controversy. Fans slammed not only Captain Sandy but also bosun Malia for the way they treated the former yachtie.

Hannah has since moved on and is doing better these days. She’s a new mom to her daughter, Ava Grace Roberts. She’s also launched two new businesses – her Ocean International Training Academy and the “Dear Diary You’re Effed” podcast. Now, Hannah has another venture lined up and it has fans buzzing about her feud with Bugsy Drake.

As Below Deck Med fans know, Hannah Ferrier and Bugsy Drake don’t get along. Their feud first started on Season 2 of Below Deck Mediterranean. Bugsy made it clear that she didn’t like Hannah’s work ethic. She called her a “lousy” chief stew to her face. Since then, the two never really made amends.

In Season 5 of Below Deck Mediterranean, the two agreed to get along. However, Bugsy did defend Hannah when she learned about what Captain Sandy said about chief stews. The controversial sea captain compared the role of a chief stewardess to a waitress. Bugsy didn’t find Sandy’s comment “fair” since the chief stew takes on many roles.

She explained that they “oversee the entire guest experience,” which includes following dining standards and guest preference sheets, planning luncheons or dinners, scheduling itineraries, and taking care of the interior. Still, Bugsy defended Captain Sandy. She thinks that Sandy’s comments were “taken a little out of context” and they weren’t “malicious.” Bugsy and Sandy still have “a close relationship” to this day.

On Thursday, June 24, Hannah Ferrier announced her new venture on Instagram. She posted a series of photos from her backyard. The photos featured summer food and Americana décor, which is interesting considering she’s an Aussie. In her post, Hannah revealed that she launched her new business, which is called Bugs Off.

“So long are the days of ugly and loud bug zappers! This fly repellent fan is perfect for any outdoor occasion and works WONDERS at keeping flies away from your food!” Hannah wrote. “It truly is the only table decor you need!”

Below Deck Med noticed that Hannah took many digs at Bugsy. First, the name is an interesting choice considering her ongoing feud with her former castmate. Also, she claimed that the bug repellant is the “only table décor you need,” throwing shade at Bugsy’s love for tablescapes. The Kiwi native just launched her new book, The Art of Tablescaping: Deck Out Your Table with the Queen of Theme.

According to Hannah’s Instagram page, she’s working on her empire. It looks like she’s actively building her lifestyle brand. Her bio now includes a link to her new website, Hannah’s Housewares. Fans can purchase Bugs Off repellant through the website.

What are your thoughts on Hannah’s new venture? Do you think she’s throwing shade at Bugsy? Sound off below in the comments. Below Deck Mediterranean Season 6 premieres on Monday, June 28 at 9 p.m. ET on Bravo.