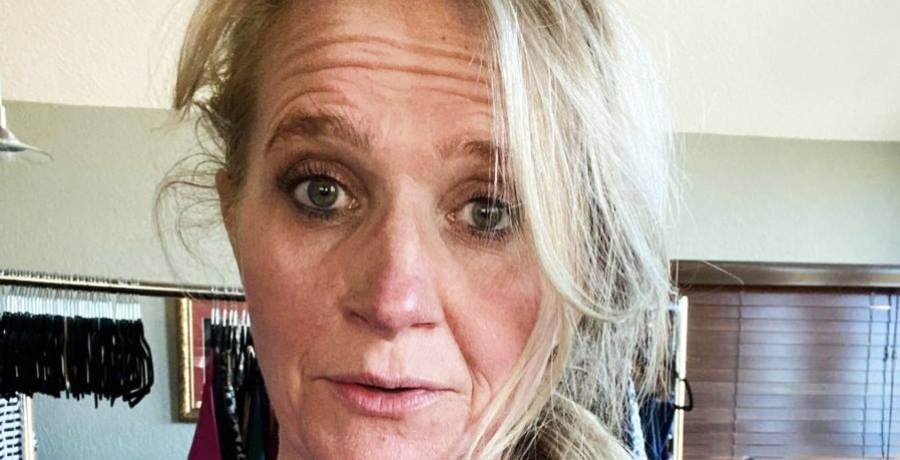 Christine Brown brought up an interesting debate on Instagram. The Sister Wives star shook up the comments section with her latest post. She probably didn’t expect to cause such a stir when it came to plants. Apparently, Christine has a lot of hardcore gardeners and planters who follower her on social media.

It all started on Thursday, June 24, when she shared a peculiar photo via her Instagram feed. Christine wanted to talk about her love for Morning Glories. However, it turned into a heavily weighed debate in the comments section. Followers couldn’t help but debate over whether the plant is a weed or a flower.

On Thursdays, the TLC star took to Instagram to share a beautiful photo of three little white flowers. What appears to look like flowers, anyway. In her caption, Christine Brown expressed her love for Morning Glories. It isn’t what she said that caused a stir. Rather, it’s what she called them that led to a debate in the comments section.

“I know Morning Glory are weeds but I LOVE them!!” Christine wrote in the caption. “And aren’t weeds just plants we don’t know how to use?”

The television personality admitted that she doesn’t have a green thumb. She also mentioned that “weeds are just plants,” which brought up a heavy debate in the comments section. Christine had no idea what she just caused on her Instagram post. This led both Sister Wives fans and gardening lovers to discuss whether Morning Glories is a weed or flower.

As you’ll notice, the comments section is heavily divided. It’s probably the most divided debate since the 2020 Election. Some followers defended Christine and said they were a very beautiful weed. Meanwhile, others felt that Morning Glories should be classified as flowers.

Christine Brown did not engage with her followers. It’s probably for the best since it led to an unlikely debate in the comments section. One fan wrote, “There is a tv gardener over here in the UK and he said there is no such thing as a weed, it’s just a flower growing in the wrong place.” A second fan chimed in and confirmed that “100% a gardener said something like that too here in Western Australia lol.”

A third one wrote: “The difference between a weed and a plant is an opinion.” Another one of Christine’s followers said that they “feel this way about dandelions.” She revealed that it’s “an unpopular opinion” in their country. This led to another debate about whether dandelions are roots or weeds.

One argued that dandelions should be associated “with death because their roots can grow 10 feet deep!” Then that user noted that they are “one of the first sources of food for bees in spring.” Another chimed in and added that dandelions are “lovely wildflowers and not a weed.” As for the debate whether morning glories are weeds or flowers, one user explained that the ones in the photos “are just weeds.”

According to her, “Morning glories are beautiful flowers that open in the morning and close at night.” This led another to wonder if they can also be classified as a bush, but one noted that their grandmother “grew them as a vine with a trellis.” What are your thoughts? Do you think Morning Glories is a weed or flower? Sound off below in the comments.

‘RHOBH’ Queen Bee Kyle Richards Runs From Hive Of Bees (VIDEO)
Stassi Schroeder Reveals Why Baby Hartford Eats Bread
Shirtless Garrick Merrifield Flaunts What He’s Got Amid The Hate
YUCK!! What Has Savannah Chrisley Done To Her Face?!
Is Isabel Roloff Worried How Pregnancy Will Impact Her Eating Disorder?