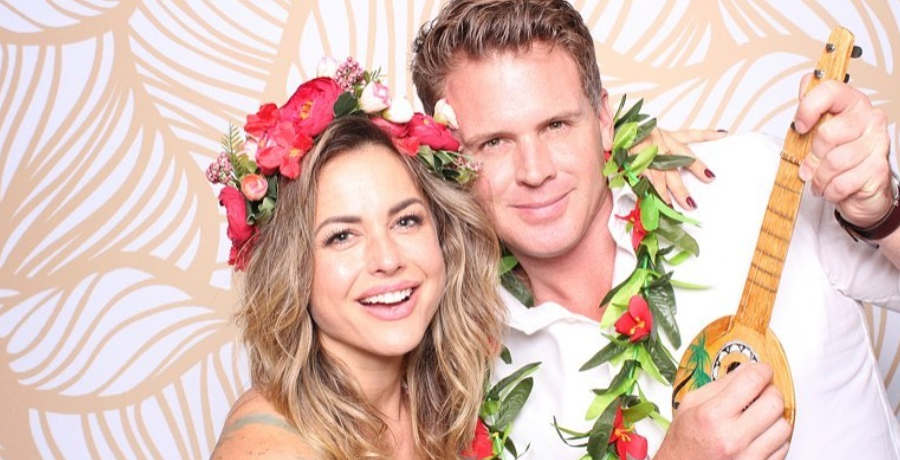 Big Brother stars Christmas Abbott and Memphis Garrett are engaged! The happy couple shared the news today. E! Online got the chance to speak to the couple and get details. They met on Big Brother even if fans didn’t realize it would end in engagement.

The Big Brother couple is now engaged. It happened on July 23 while at Little Palm Island Resort and Spa in Florida. Memphis got on one knee and popped the question in a traditional way. Christmas Abbott shared with E! News how shocked she was by the proposal. Here is what she had to say:

“I was 100 percent surprised! He’s so great at making me feel like I’m the most special person in the world every day, and this day was the most of all. I had no idea it was going to happen then. I know, a beautiful island, sunset at a beautiful resort…who wouldn’t have guessed? I didn’t’! That’s because that’s the kind of thing he does regularly to show me how special he believes I am.”

One big detail is that Christmas Abbott has a custom ring that Memphis’s friend, who is also a jeweler, helped him make. Adam Campbell and Memphis worked on the ring together for the Big Brother star and it sounds like it was a labor of love.

Memphis also explained that the show and spending that time with her is how he knew he would marry Christmas. He said, “Before I even met Christmas, I felt a cosmic attraction to her. Once we spent 24/7 together for three months, I knew she was the one that I would spend the rest of my life with. I knew I found my twin flame.”

A new season of Big Brother just around the corner. With that, comes new showmances and hopefully more great love stories. You do not want to miss the hottest show of the summer when it starts.