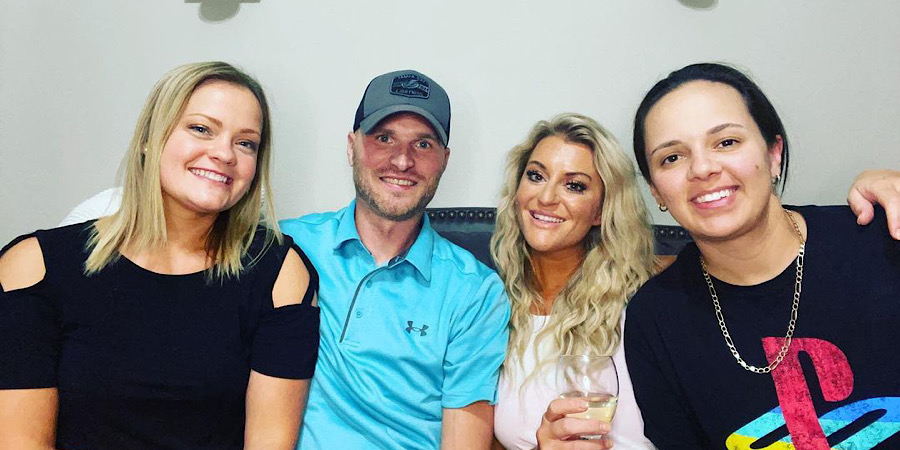 The new TLC reality series You, Me, And My Ex is a smash hit. Viewers have been captivated by the dynamic of exes living together along with new partners. However, being a reality series does not mean it is truly real. TLC shows have been known to stage moments. Jeremiah Raber (Return to Amish) talked about production staging segments of the series. Interview questions can be directed in a specific way and edited for entertainment’s sake. Is that what YM&ME is doing?

The Diverse You, Me, And My Ex Cast

There are five “families” followed for the TLC series. One of the most notable couples is Kayee and Jerry. They rushed into a relationship due to COVID. The two went on just one date when the pandemic hit. His ex-wife, Jessica moved in when Jerry had fallen ill earlier. Being immunocompromised, COVID forced him to stay inside. Jessica decided it best to stay with him and their four kids for the foreseeable future.

Since he realized he and Kayee could not have a traditional courtship, Jerry invited her to move in. She agreed but does not get along with his ex-wife. Kayee also cannot sleep in bed with her boyfriend but rather in a closet. She does get her own sleeping quarters but it has been rough. In the contrast, Josh, Jennifer, Danielle, and Chantel became one unit.

Josh and Jennifer divorced and now he is married to Danielle. Jennifer married Chantel yet Josh is willing to be the dad to the child they want. They all seemingly get along fabulously. Why would anyone want to watch them on television? It seems like maybe these people are cast because of their diversity. Ultimately, they are forced to bring the drama when it suits the storyline.

In an interview with The List, Josh had this to say: “We’re all like, all right, so we’re going to be on a TV show, but we don’t have drama really to bring the TV out. People aren’t going to care to watch us. I mean, we do have a really unique story, but at the end of the day, it’s like, are people going to want to see that? So, I mean, I think we provided a little bit of drama for the show, but nah.” Chantel chimed in to add they do have family drama. It just seems this family might work cohesively more than they fight.

No one really knows what goes on behind the scenes. Dannielle Merrifield of Seeking Sister Wife tried to defend her co-stars by saying just that. In an Instagram post, she told a follower that viewers only see a fraction of their lives. She added things are not always as they seem.

Essentially, what viewers are seeing on You, Me, And My Ex may be overly dramatized for entertainment and shock value. But that is totally okay. Would you still watch knowing the show is mostly scripted? Let us know in the comments below. Don’t forget to watch new episodes Sunday nights at 10 pm only on TLC.